Netizens have expressed shock after Nigerian gospel singer, Chioma Jesus won American singer, Beyonce in an online popularity poll.
It all started after Twitter user @imoteda claimed that Beyonce is more popular than footballers.
She added that it is weird for people to think otherwise.
The tweet reads: “So many people think football players are crazy popular. It’s so weird. Like how can you say a football player is more popular than Beyonce? Then name two football players that even I wouldn’t recognize. Lol”
Social media users countered her
However, another Twitter user, @_Ganzii who joined the online bants organized a poll between Chioma Jesus and Beyonce.
Surprisingly, the gospel singer got a big win in the poll as she earned 85% per cent of the 110,995 votes cast. 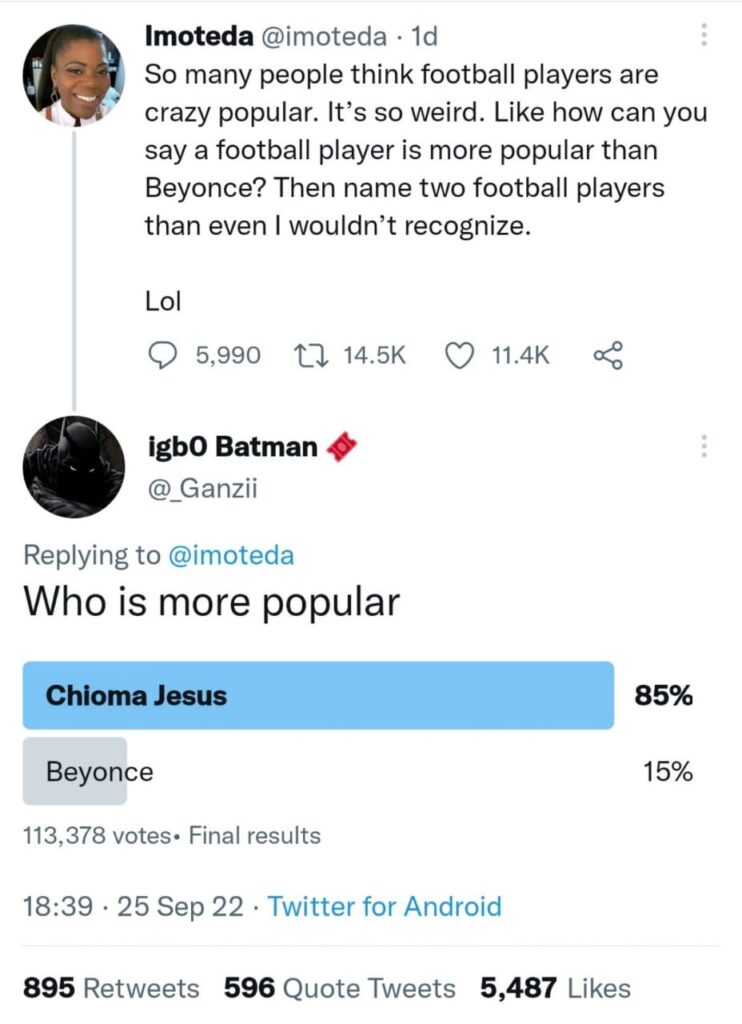