Three Policemen, Others Burnt To Death As Vehicle Pursued By Customs Officers Rams Into Bank Bullion Van In Kebbi (Photos)


The accident occurred on Tuesday, September 27, when a vehicle smuggling petrol products from Birnin Kebbi collided with a bank bullion vehicle, four others and a motorcycle. 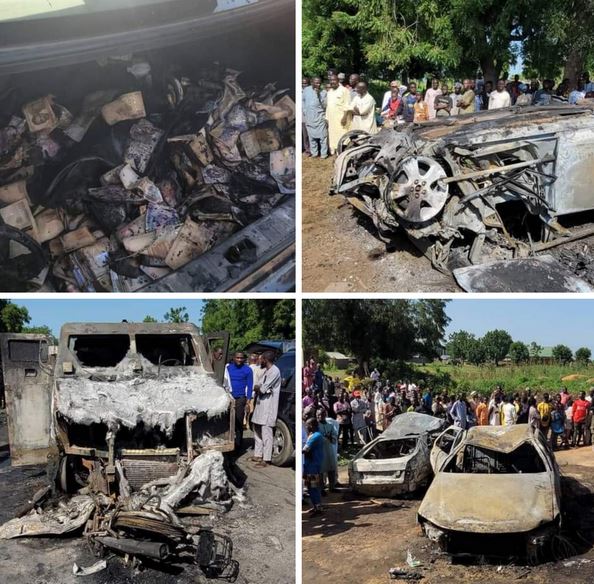 Tragedy struck as six persons including three police officers in a tragic accident along Birnin Kebbi/Argungu road in Kebbi State.

The accident occurred on Tuesday, September 27, when a vehicle smuggling petrol products from Birnin Kebbi collided with a bank bullion vehicle, four others and a motorcycle.

Spokesman of the State Police Command, SP Nafiu Abubakar, confirmed the incident in a statement on Wednesday, September 28, in Birnin Kebbi.

"The accident occurred when a Carina E car, carrying jerricans of PMS, was suspected to have been pursued by a Nigeria Customs Service patrol team from Birnin Kebbi," the statement read.

"On getting to Jeda village, the Carina E car had a head-on collision with the Bullion van, as a result, bursting into flames and consumed three other cars. Consequently, a total of five vehicles and one motorcycle were burnt to ashes,"

The statement said the Commissioner of Police (CP) Ahmed Magaji Kontagora, swiftly rushed to scene of the accident and had condoled with families of the deceased. He prayed the Almighty Allah grants the lives of the departed souls eternal rest and to give their families the fortitude to bear the irreparable loss.

"Magaji-Kontagora is also assuring members of the public that a thorough investigation will be carried out to unravel the circumstances surrounding the unfortunate incident,” he added. 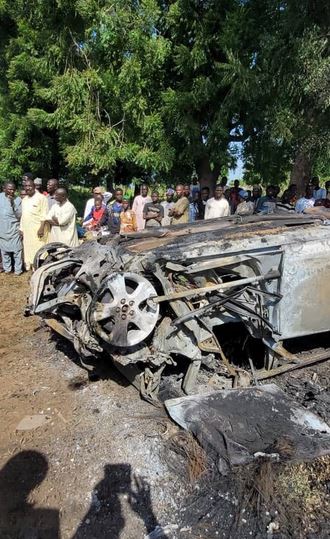 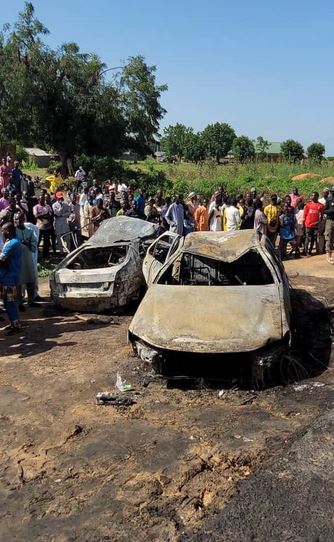 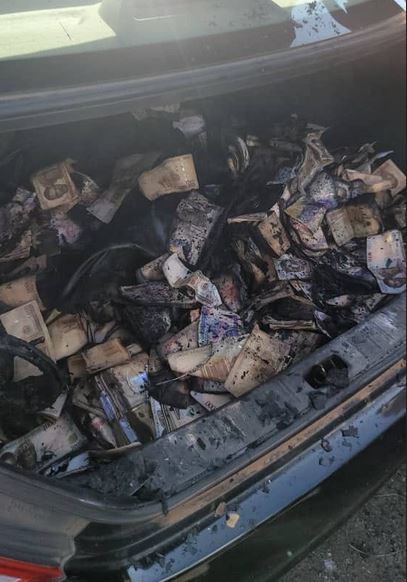 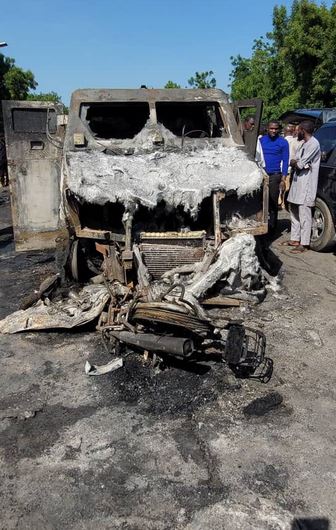