He warned Nigerians against putting a price to their votes in the upcoming election as 2023 would serve as a turning point in the country. 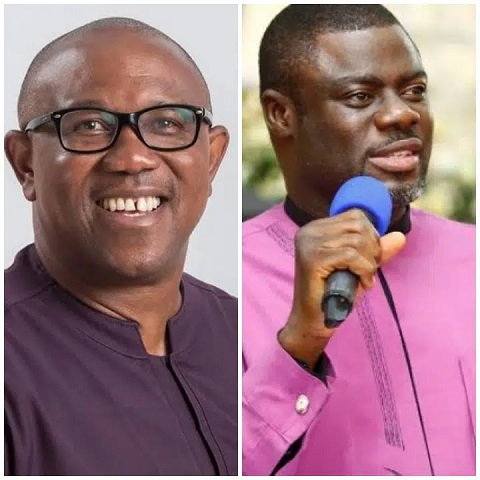 Prophet Isa El-buba has revealed why he's backing Peter Obi of Labour Party to become President in 2023.
El-buba is pastor in charge of the Evangelical Bible Outreach Ministries International (EBOMI).
He said that he has chosen to support the Labour Party (LP) presidential candidate, Peter Obi, because of his commitment towards salvaging the country from its current economic crisis.
The clergyman, who is also the Convener of the Initiative for Better and Brighter Nigeria (IBBN), said his religious belief does not stop him from giving his support to the LP flag bearer.
El-Buba stated this on Wednesday in Jos, during the Middle Belt Unveiling of OBI-DATTI 2023.
He warned Nigerians against putting a price to their votes in the upcoming election as 2023 would serve as a turning point in the country.
He said, “I am not afraid to openly show my support for the Labour Party Candidate, Mr. Peter Obi,. We are tired of recycling old politicians who have led us to the woes we are currently facing today.”
Meanwhile, the Middle-Belt Forum, drawn from the north-central States made a bold statement by endorsing the Obi-Datti 2023 Presidential candidacy.
President of the forum, Dr. Pogu Bitrus stated that the forum selected the best man for the job.
He said, “For equity, justice and fairness, a president from the southeast extraction should lead Nigeria in 2023, and based on this we picked Peter Obi as the best candidate from that rejoin as our candidate.
“We are going to mobilise votes from the north-central States for him and to demonstrate this commitment, we have chosen to set today aside for his unveiling.”
Top Stories