As United relaxed, Haaland slid in a third from Kevin de Bruyne's perfect pass then turned provider to set up a simple finish for Foden before the break. 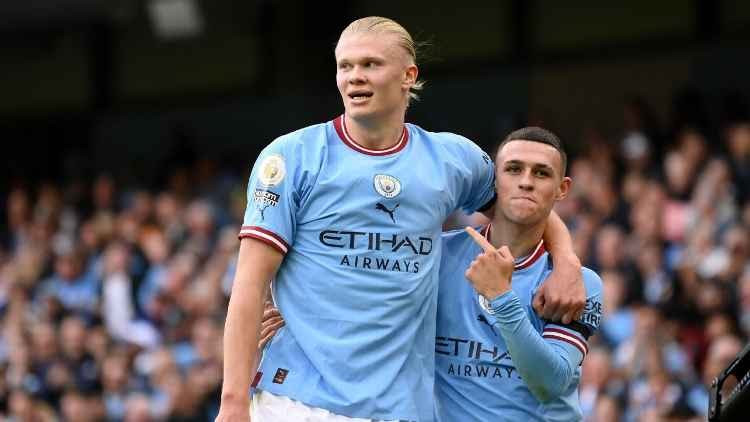 Manchester City youngsters, Erling Haaland and Phil Foden each grabbed a hat-trick as the club demolished Manchester United 6-3 at Etihad Stadium.
The match was played on Sunday, October 2,  making it the highest-scoring Manchester derby ever.
City attackers, Erling Haaland and Phil Foden scored six goals for the Etihad side, each scoring a hat trick, while Antony and Anthony Martial did helped United claw back but it was a little to late for the away team.
After wins over Liverpool and Arsenal this season, Manchester United fans expected a positive result against Man City, but their hopes were dashed after just eight minutes.
It was so bad for Erik Ten Haag's men that they were lucky to be only 4-0 down at half-time after City made 15 shots on goal.
With Casemiro left on the bench, United were out-played in midfield by Gundogan, Bernardo and De Bruyne -- particularly early in the first half when Jack Grealish and Bernardo doubled up on Diogo Dalot down the left to create chance after chance.
City's lightning start was rewarded when Foden swept home Bernardo Silva's cross after eight minutes before Haaland inevitably joined the action with a header from a corner 11 minutes before half-time.
As United relaxed, Haaland slid in a third from Kevin de Bruyne's perfect pass then turned provider to set up a simple finish for Foden before the break.
Top Stories