The governorship and state houses of assembly elections would be held across the country on March 11, 2023. 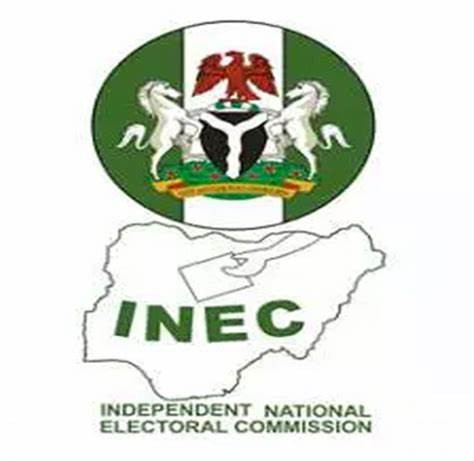 A  comprehensive list of Governorship and State Houses of Assembly candidates for the 2023 general elections has been released.
The final list was released by the Independent National Electoral Commission (INEC).
This is as the governorship and state houses of assembly elections is scheduled to hold across the country on March 11, 2023.
According to the list released by INEC on Tuesday, the names of governorship and house of assembly candidates with pending court cases in their respective states were conspicuously missing.
The list was posted at the headquarters of the electoral body in the various states.
Lagos State
The electoral agency disclosed that 15 governorship candidates are contesting the election in Lagos state.
According to the list published at the INEC office in Lagos, Gbadebo Rhodes-Vivour was named as the Labour Party (LP) governorship candidate, despite the controversy surrounding his candidacy.
The incumbent governor, Babajide Sanwo-Olu, was listed as the governorship candidate of the All Progressives Congress (APC), while Adediran Azeez Olajide was named as the candidate of the Peoples Democratic Party (PDP).
Others include Dickson Hakeem Olaogun (Accord Party), Balogun Tope Abdulrazaq (AA), Olayiwola Hakeem Olajide (AAC), Doherty Olufunsho Adeshina (ADC) and Bamidele Ishola (ADP).
Others are Kupoliyi Funmilayo (APM); Adeyemi Abiola Roseline (APP); Oluwo Olawale Wasiu (BP); Jim-Kamal Olanrewaju Olalekan (NNPP); Braithwaite Akinwumi Ishola (NRM); Uthman Olakunle Taofeek (SDP); Ajayi Wasiu Adebayo (YPP); and Adenipebi Mode Adekunle (ZLP).
Kano State
The governorship candidate of the Action Democratic Party (ADP), Sha’aban Sharada, and PDP’s Sadiq Aminu Wali made it to the final list.
Nasiru Yusuf Gawuna was listed as the APC candidate, while the candidate of the Labour Party (LP), Bashir I. Bashir, did not make it to the final list.
The name of the erstwhile LP candidate, Mohammed Raji Abdullahi, was retained on the list.
Similarly, for Young Progressive Party (YPP), Yakubu Uba Muhammad, who hitherto was known as the party’s governorship candidate has now become the party’s deputy governorship candidate, while Ahmed Isa Muhammed is now the governorship candidate of the party and the youngest candidate in Kano.
Ogun State
The PDP and LP have no governorship candidates in Ogun State as INEC released the names of 13 political parties and their candidates in the released list.
According to the list, PDP appeared at number 21, but the names of both the governorship candidate and the running mate were missing. The commission cited “court order” as the reason for the omission on the final list.
For LP, neither the party nor its candidate appeared on the INEC list.
Also on the list were the incumbent Governor and the APC candidate, Dapo Abiodun; Biyi Otegbeye as the candidate for the African Democratic Congress (ADC), and Oguntoyinbo Femi Ajadi of the New Nigeria Peoples Party (NNPP).
Omosanya Monsuru of Accord, Adeyemi Olufemi (Action Alliance), Harrison Adeyemi (AAC), Sokunbi Olanrewaju (ADP), Jolaoluwa Emmanuel (APM), Falana Omoshile (APP), Ogunronmbi Oludayo (NRM), Bamgbose Olufemi (PRP) and Ojesina Anthony (SDP) also made the list.
Rivers State
In the final list published and pasted at the INEC office in Port Harcourt, 16 governorship candidates are contesting the election in Rivers State.
Prominent among those cleared are Similanayi Fubara of PDP, Pastor Tonye Cole of APC, Senator Magnus Abe of SDP, Dumo Lulu-Briggs of Accord Party and Dr Dawari George of African Alliance, AA.
Other political parties whose governorship candidates were cleared for the election are ZLP, ADC, AAC, APGA, APP, BP, NNPP, NRM, YPP, and ZLP.
Kwara State
The final INEC governorship list in Kwara has 14 candidates with Mrs Jaiyeola Motunrayo Deborah, 41, of APM the only female among them.
While the candidate of NNPP, Prof Abdulraheem Shuaib Oba, 74, is the oldest, 35-year-old Abubakar Basambo Kabir of Labour Party will be the youngest in the governorship race next year.
Ebonyi State
In Ebonyi, 13 governorship candidates, including their running mates were yesterday published by INEC to feature in the forthcoming elections in the state. The youngest among them is Mr Nwonomara Nyiba of Action Democratic Congress (ADC) who has declared 35 years. He was followed by Chinyere Judith, 37.
Akwa Ibom State
In Akwa Ibom, APC has no candidate, apparently due to ongoing litigation. However, 17 other governorship candidates, including Pastor Umo Eno of PDP, Senator Bassey Albert of YPP, and John AkpanUdoedehe of NNPP, were listed as candidates in the elections.
Jigawa State
In Jigawa state, INEC cleared governorship candidates of 11 registered political parties to participate in the 2023 election.
The list includes the deputy governor, who is the APC governorship candidate, Malam Umar Namadi; Alhaji Mustapha Sule Lamido of PDP and Alhaji Ibrahim Aminu Ringim of NNPP.
Ebonyi State
In Ebonyi state, the Speaker of the Ebonyi State House of Assembly, Honourable Ogbonnaya Nwifuru was named as the governorship candidate for the APC and Chief Ifeanyichukwuma Odii, was listed as the candidate for the PDP.
Other guber candidates are Opoke Sunday for YPP, Usulor Anthony for NRM and Chukwuma Nwandugo for AA and others.
Oyo State
In Oyo State, Governor Seyi Makinde of the PDP will slug it out with candidates of 15 other parties for the number one seat in the state.
Candidates that will contest with the governor are Adebayo Adelabu of the Accord, Teslim Folarin of APC, Ajekiigbe Lateef of AA, Akinwale Tawfiq of Labour Party (LP) and Popoola Olukayode of the NNPP.
Others are Okedara Mojeed (AAC), Ajadi Bamidele (ADC), Yusuf Akim (ADP), Adeshina Adewale (APGA), Adeniran Adeyemi (APM) and Yinusa Kazeem (AAP).
The list is completed with Okunade Tunde, Boot Party; Adegboyega Raymond, National Rescue Movement; Micheal Lana, Social Democratic Party (SDP) and Euba Aduragbemi of the Young Progressive Party.
A scrutiny of the list shows that the Peoples Redemption Party (PRP) and Zenith Labour Party (ZLP) have no candidates for the governorship election in Oyo State.
Top Stories