The command’s spokesman, Benjamin Hundeyin, confirmed this to the News Agency of Nigeria on Friday. 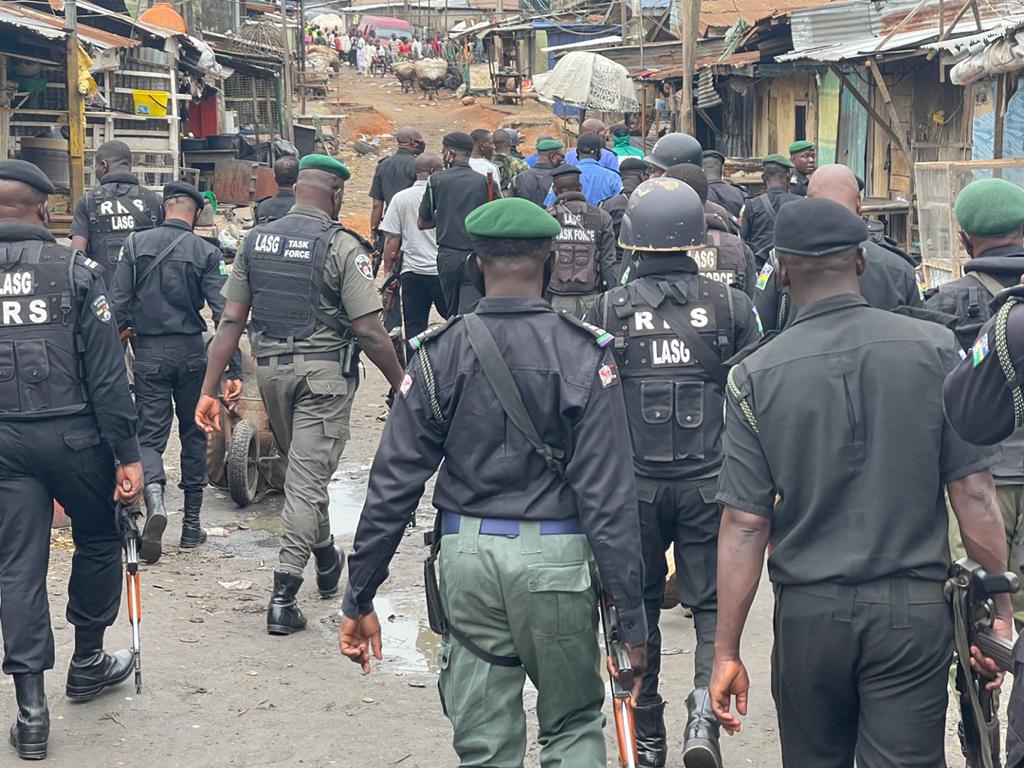 Six police officers in Lagos state are in trouble for extorting over N100,000 from a motorist.
This comes after the Lagos State Police Command summoned the six policemen to its headquarters in Ikeja over the alleged extortion.
The command’s spokesman, Benjamin Hundeyin, confirmed this to the News Agency of Nigeria on Friday.
“Six policemen are involved in the matter. They have been summoned to the headquarters in Ikeja for interrogation. The money involved has been collected back for the owner,” he said.
On Thursday, a member of the public, simply identified as Oluwagbadura, on his verified Twitter handle, alleged that some policemen extorted him.
He claimed that around 2:45 p.m., some police officers stopped him at Soliki, Aguda, Lagos and conducted the usual search on him.
Oluwagbadura alleged that at about 3:44 p.m., the officers escorted him to a POS and withdrew N100,000 of his “hard-earned money”.
He said, “After the search and not finding anything on me, they proceeded to seize my phone and company laptop and tagged me a yahoo boy.
“My crime, they said, is that I do not have an ID card as a freelancer.nThey searched my phone. They called me a criminal for chatting with my friends on WhatsApp.
“They threatened to shoot and lock me up! Next, they took me to their station, just few meters away, then forced me to admit to being a criminal.”
Oluwagbadura further said that he refused to admit committing any crime, stressing that the officers then asked him to write a statement and, thereafter, signed papers to bail himself.
“I transferred N100,000 to the POS vendor, and then paid N2,000 for charges (which was screenshot.)”.
He said that there were six officers, and one of them threatened to deal with him in cell and nothing would happen.
He said some of them were in mufti, including the one who acted as their leader.
“All of these things happened at the Police divisional headquarters, Soliki Aguda. I need Justice and my money back, please,” he tweeted.
The complaint was tweeted at about 7.46 p.m. and at 10.36 p.m., Oluwagbadura tweeted again to thank all that helped to broadcast his complaints.
“Update: First, thanks to everyone who contributed a tweet. I got my money back completely.
“Special thanks to @SavvyRinu, @BenHundeyin (the spokesman for police in Lagos), @segalink and the DPO, who was pretty nice,” he said.
Top Stories