EPL: It’s Crazy What Haaland Is Doing – Klopp Speaks Ahead Of Arsenal Clash


Haaland netted his 20th goal for the Premier League champions in their 4-0 win over Southampton on Saturday. 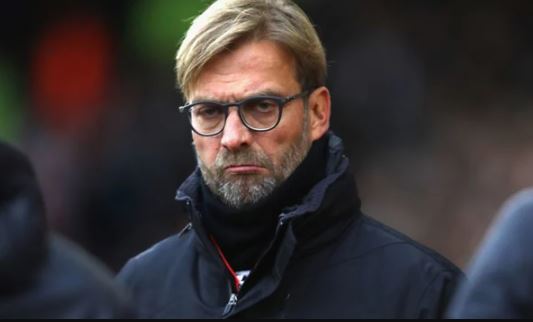 Jurgen Klopp, the Liverpool manager, has talked about Erling Haaland.

He admitted that it is “crazy” what Erling Haaland is doing at Manchester City.

Haaland netted his 20th goal for the Premier League champions in their 4-0 win over Southampton on Saturday.

The Norway striker leads the race for the Golden Boot with 14 goals while Liverpool’s Mohamed Salah who was last season’s joint-top scorer has only two goals so far.

Klopp has said he hopes Salah and Liverpool are close to rediscovering their best form ahead of their trip to leaders Arsenal on Sunday.

The Reds have endured a difficult start to the season, winning just twice in the league so far to leave them 11 points behind Mikel Arteta’s team, albeit with a game in hand on the Gunners.

“With Mo, I hope it’s like us, we are close to exploding,” Klopp said.

“Even when his goalscoring numbers aren’t crazy, his goal involvements are good.

“His passing is good. Nobody can cope with the [Erling] Haaland situation, it’s crazy what he’s doing. An exceptional player in an exceptional team and we shouldn’t compare anyone with that.

“Mo wants to score goals desperately. Call him in 20 years, it will be the same.”