Burna Boy who was among the few attendees at Beyonce’s Tiffany & Co’s party in Paris. 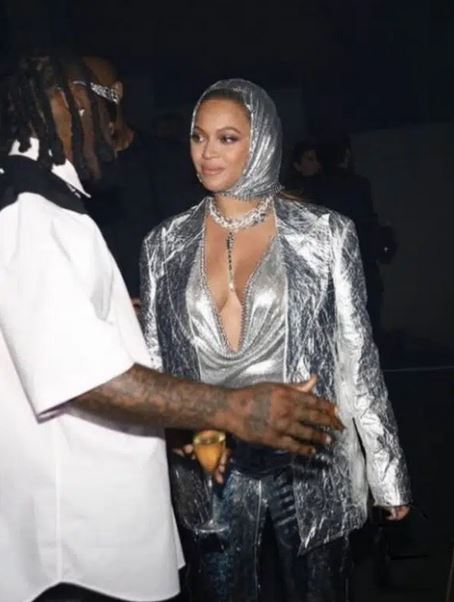 Grammy winner, Burna Boy met with American singer,Beyonce, at her party in Paris.

Though the two music stars have collaborated in the past on her album The Lion King: The Gift which also featured other Nigerian singers like Wizkid, Tiwa Savage, Burna Boy, Mr Eazi and Yemi Alade, this is however the first time they would be spotted together.

Burna Boy who was among the few attendees at Beyonce’s Tiffany & Co’s party in Paris.

A video of him getting camera flashes while arriving the party with his entourage has also been shared online.

Popular Twitter influencer, @OneJoblessBoy shared the video with the caption “How Burna Boy pulled up at Beyoncé x Tiffany & Co’s party in Paris”