The victims died when the fire, which started around 4 am, gutted down their three-bedroomed house. 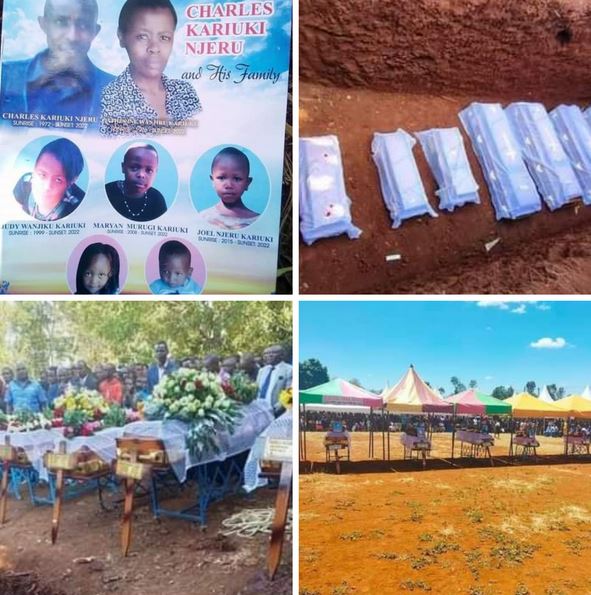 Seven family members who died in a mysterious house fire were laid to rest in Kenya on Tuesday, October 11, 2022.

The incident occurred at Gichiche subcounty, Runyenjes, in Embu county in the early hours of Sunday, October 2, 2022.

The victims, Charles Kariuki Njeru, his wife, their three children (two daughters and a son) and two grandchildren died when the fire that started at around 4 am, gutted down their three-bedroomed house.

The house was made of timber and the family was burnt beyond recognition. The cause of the fire has not yet been established.

Embu Governor Cecily Kariuki was among the leaders who attended the funeral service held at Gichiche Primary School in Embu.

"We have asked the Directorate of Criminal Investigations DCI to investigate the heinous act expeditiously, and we expect results in a fortnight. In addition, we request members of the public who may have information that can assist our security agents in expediting the investigation process to reveal it to the relevant security organs or to our leaders to ensure that Muthathai's family gets the justice they deserve," Kariuki said on her social media page.

Photos shared from the funeral service showed heartbroken mourners trying to come to terms with the death of the heptad.

During the funeral service, Embu Nominated MCA, Yvonne Mati broke down in tears while addressing the mourners.

"As they cried for help, was the perpetrator happy? May God also deny the suspect peace," she said. 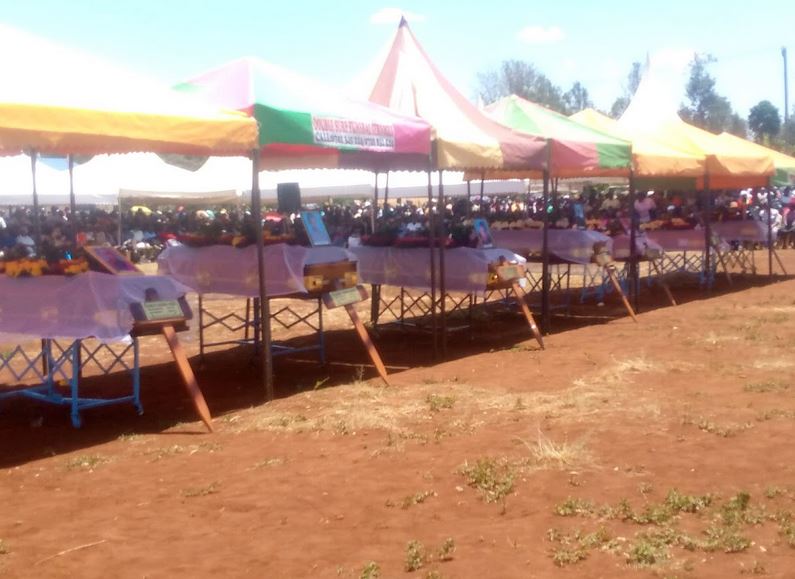 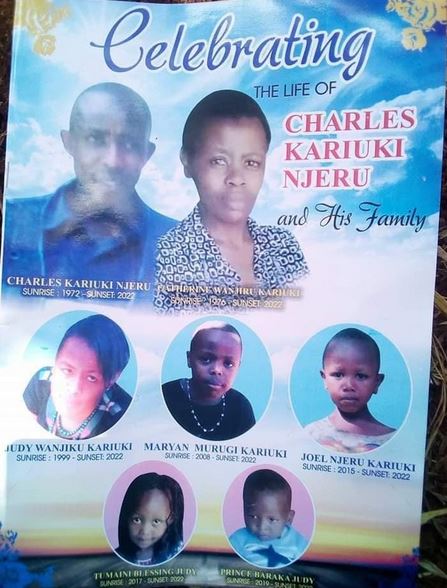 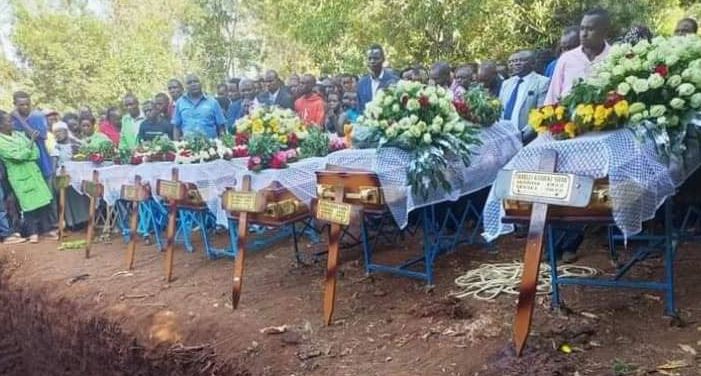