Tell Those Seeking Change Of Government To Shut Up, Tinubu Tells APC Women


Tinubu said this while speaking at the launch of the women’s team of the APC presidential campaign on Monday. 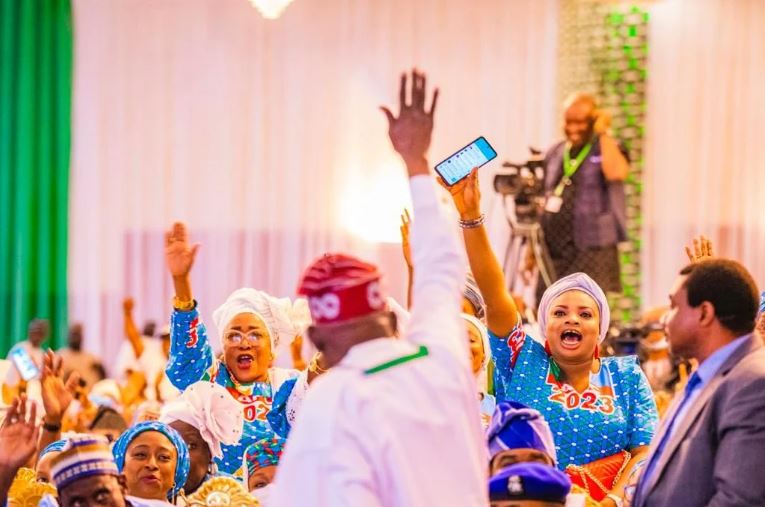 The presidential candidate of the All Progressives Congress (APC), Bola Tinubu, has spoken to some APC women.

He said women of the party should tell Nigerians calling for a change of government to “shut up”.

Tinubu said this while speaking at the launch of the women’s team of the APC presidential campaign on Monday.

He said Nigerians seeking a change of government have forgotten the situation of the country before Buhari assumed office, adding that he will put an end to banditry if elected president in 2023.

“If they say they want a change of government, just tell them, we will like to be polite, but shut up your mouth,” he said

“To you, the people and particularly the women gathered here today, let me say one thing, hope is here, promise is here, prosperity is here, security is here, banditry has ended and hopelessness is not part of our dictionary.

“In the last eight years, even a party that inherited a troublesome nation under the weight of uncertainty, then we preach change of government which God has changed.

“Buhari took over, he took over the lowest production of 400,000 barrels of oil, the worst pricing, still the very determined and focused person was able to bail out even 36 states of this country who are not able to pay salary, people who are living in hunger — give him a bravo.”