Why I Quit Music And Joined Politics – Banky W


He said he had joined politics to make a difference beyond activism, adding that joining politics was the only way to change systems that were not working. 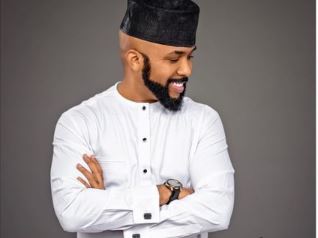 Singer Bankole Wellington aka Banky W has revealed what motivated him to quit music and join politics.
The entertainer spoke on Wednesday.
He said he had joined politics to make a difference beyond activism, adding that joining politics was the only way to change systems that were not working.
The singer, who is the Peoples Democratic Party House of Representatives candidate for Eti-Osa Federal Constituency, said the longer the young people sit out from mainstream politics, the more the dysfunction would remain.
“We must engage with the system from where it is and fight for what we stand for and what we want to happen,” he said when he appeared on Arise TV’s The Morning Show.
On why he joined politics, Wellington said, “We need more people to participate in politics. I have participated in peaceful protests just like anybody that I know among my peers.
“But the goal of activism and advocacy is improvement and if you haven’t seen the impact you seek, then that activism is not enough.
“So, for me, the message started changing from just raising awareness via activism and advocacy to saying we have to start moving from protests to politics.
“We have to start taking these energies and channeling them toward getting like-minds into the government and using that consensus of like-minds to get a change and that is where my mindset started changing and in 2018 I started feeling like the problem in Nigeria is top-down and the solution is from the bottom up.
“So we need to start focusing on the National Assembly, the Senate and House of Representatives, and the States House of Assembly. So, when I ask young people about their representatives, most of them don’t know who is running for office in their constituencies.
“And I started thinking that if with my education, success, background, audience, following, and voice and I can’t stick my neck out that I can be a part of this system and can bring a solution to the table, who am I waiting for to get involved in the system?
“So, in 2018, I prayed about it and I informed my wife and what she told me was that ‘you know politics in Nigeria is dirty and I know your heart and I know the system is what it is and I don’t want anything that will soil your hands’ and I told her that the truth of the matter is politics will always be dirty and dangerous until good people start to be intentional about putting like-minds in the system.”
He added that the real opponent in Nigeria is apathy and that the more Nigerians sit out from the political process in fear of the power of godfathers, the despised old order will remain.
On the 2023 governorship election, he said people will be shocked by the outcome of the Lagos State governorship election next year.
He said the PDP governorship candidate in Lagos, Dr. Olajide Adediran, known better as Jandor, has put in works for the forthcoming election.
“People will be shocked with the number of groundworks Jandor has done in Lagos to pull up an upset,” he said.
Top Stories