Bakre, giving an update on Rico’s condition revealed, he’s being kept on life support, affirming the accident was terrible. 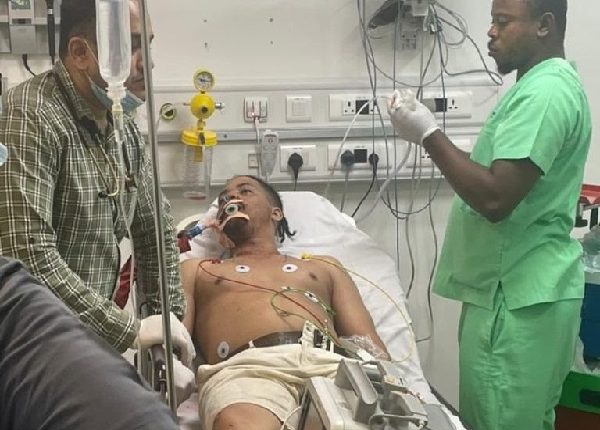 Ex-BBNaija Season 3 housemate, Tobi Bakre has taken to his social media page to beg Nigerians to come to the aid of colleague, Rico Swavey who was recently involved in a car crash.
Recall that we reported on Tuesday that the 25-year-old reality TV star was said to have been involved in a crash and was reportedly battling for his life.
Alex Unusual, also a former BBNaija Season 3 housemate announced the incident while coveting prayers from everyone for her colleague who she said the doctors were trying to revive as at the time she left the hospital.
Bakre, giving an update on Rico’s condition revealed, he’s being kept on life support, affirming the accident was terrible.
The father of one appealed to everyone to assist in saving Rico by making a donation to take care of the rising medical bills while prayers are offered to God for a miracle.
He tweeted: “Pls help save Rico. He had a really bad car accident.
“We have to keep him on life support and continue to pay the rising medical bills while we pray for God’s miracle.
“Can’t do it alone. Pls click on link to donate @ricoswavey.com.”
On Wednesday, Rico Swavey’s management via his Twitter handle, posted a video of his crashed car announcing he was on life support; asking for prayers and support from his fans.
The management said: “Hello everyone, Rico Swavey is not disposed to handle his socials right now as he was involved in a ghastly accident and is currently on life support. While his situation is critical and doctors are on him, We implore your support and prayers.”
Top Stories