His other roles as a Casanova, player, lover boy, heart breaker and romantic husband and boyfriend in movies cannot be forgotten in a hurry. 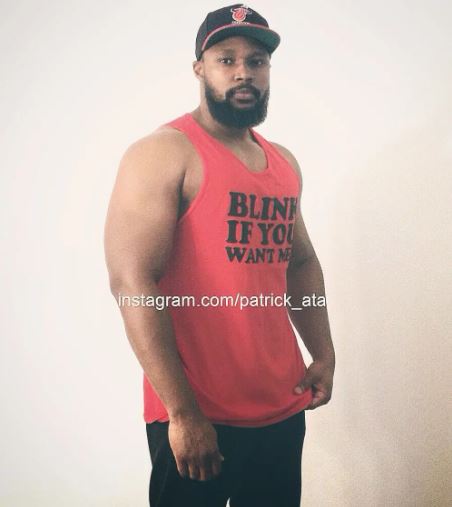 Patrick Uchenna Attah, the Nigerian actor, popularly known as Pat Attah, has made a new admission.

The actor, who was one of the hottest actors in the early days of Nollywood who was best known for his romantic roles in movies.

Call him ‘ladies man’ and you may not be wrong. Pat held the movie industry spellbound for decades with his unique look and enviable acting prowess that stole the hearts of many actresses who would do everything possible to get him paired with them in movies.

His other roles as a Casanova, player, lover boy, heart breaker and romantic husband and boyfriend in movies cannot be forgotten in a hurry.

The handsome actor suddenly disappeared from the scene when the ovation was loudest. He relocated to Germany in 2015, in search of greener pastures, after he felt like he was caged while in Nigeria.

In a recent live chat on Instagram with Vanguard, the Anambra State-born actor revealed that he decided to relocate abroad because he was not living his dream in Nigeria.

He said, while in Nigeria he was living his life to please others and that it was like he was caged back home.

His words: “I left the country fully prepared and I had everything in place. So, it wasn’t a struggle for me out here. Germany is like my second home. My heart and soul are here too. It wasn’t like I was escaping from Nigeria.

“But right now most people are escaping. I left the country because I felt it was time to move on and try something new. I felt I had offered too much already to the industry. And honestly, I couldn’t live my life the way I wanted to live it.

“In fact, I lived most of my life in Nigeria trying to please people. I was living for the people, I wasn’t living for myself. So, I needed to go to a place where a lot of people wouldn’t recognize me easily so I could just be free and that was one of the reasons I relocated abroad.

“I needed to be free and enjoy my life a little bit. At some point, I felt like I was caged back home. Many young ones were looking up to me as a role model. I couldn’t live my own life anymore or do things that every other person out there was doing. Like in Germany here, I can take the train, ride my bicycle freely and go anywhere I want to go. I am enjoying my freedom here. These were things I couldn’t really do back home.”

The handsome actor said that he has not retired from acting, and he’s ready to return to Nollywood any day he’s called upon by the producers.

“I’m just waiting for the right time. If I get the right script, I will be there. I could even do it on my own. I could also become a producer even though I do not want to go into film production. I want to remain an actor,” he enthused.

Pat also debunked the rumour that made rounds back then that he had given his life to Christ and now, winning souls for Him in Germany, describing it as “ misconception.”

Talking about the romantic roles he played in movies, the lover boy actor admitted dating many actresses in his days.

“I don’t feel guilty playing those romantic roles even though at a point it became more like a stereotyped thing, where I was regularly cast for the lover boy role in almost all the movies. That wasn’t me. Rather, it was me playing the character I was told to play.”

“The truth of the fact is that back then, many of the actresses claimed I had something to do with them; I didn’t have anything to do with anybody. After shooting a film, the producer might decide to put a story out there to trigger a reaction so that the people can go and watch the movie. He might say ‘Pat Attah in a sizzling romance with actress A or B.’ It’s a seasonal romance with the person in the movie and not outside of the movie. I am not saying that I haven’t dated a couple of actresses but most of the stories peddled about me then were not true.

Pat didn’t confirm whether he’s married or not. But he muttered “ I didn’t say there’s no vacancy in me. It’s a puzzle, I just allow people to play around it.”

While in Germany, Pat is into music, photography among other businesses that make him keep body and soul together in a strange land.