A close ally of Jonathan said the former president is not happy that the PDP turned the private visit into an endorsement for its presidential candidate. 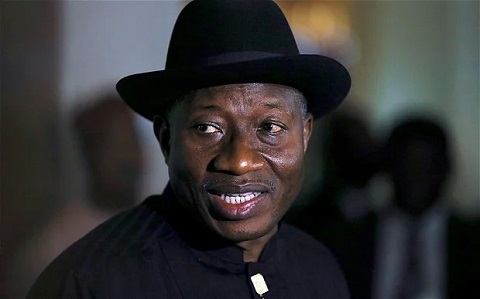 Reports that former President Goodluck Jonathan has endorsed the Atiku/Okowa presidential ticket is false, according to a report by Daily Sun.
The report claimed that Jonathan's clarification may be because of his soft spot for the Labour Party presidential candidate, Peter Obi who he has severally supported morally and otherwise ahead of 2023 general election.
A close ally of the former president who was at the recent courtesy visit facilitated by the Bauchi State governor, Bala Mohammed, told Daily Sun that Jonathan is not happy that the PDP turned the private visit into an endorsement for its presidential candidate.
He said journalists were not allowed to witness the private visit and conversation unknown to the host (Jonathan) that some of the PDP hawks secretly videoed the proceeding and posted it online to appear as if the former president had endorsed Atiku.
Our source said President Jonathan is a statesman who extends equal gestures to all the presidential candidates, hence, the event where he prayed for Okowa was not different.
He explained that the visitors led by the Bauchi governor brought some kola nuts for Jonathan to according to them, pray for the incoming vice president (Okowa) and that the former president merely used their own words to pray for him.
Our source told Daily Sun: “You know that President Jonathan has a soft spot for the Bauchi governor who led the delegation. Atiku who had made several efforts to get Jonathan’s support was not even part of the delegation.
“Jonathan was surprised when his attention was drawn to the news on the social media that he had endorsed Atiku. That did not happen but as a statesman, he just let it go instead of putting up a statement denying it.
“ It was to forestall the PDP making a political capital of the visit that Jonathan’s aides prevented the media from being in the meeting but who knew that some hawks in the party had planned to use it to gain some mileage.”
The report stated that if there is any presidential candidate that enjoys the support of the former president, it is Peter Obi.
He said that the LP candidate had visited Jonathan at least three times since the conclusion of the party primaries unlike candidates of other parties.
“You know that Obi is very close to Jonathan for obvious reasons. When Oga was in power, Obi was one of those close to him and they have continued to enjoy the relationship till now. I am sure that is why many people are surprised when they started to read that he has endorsed Atiku/Okowa ticket. Jonathan is a statesman and he treats all the presidential candidates with respect but people should not misunderstand that as an endorsement”, he said.
Top Stories