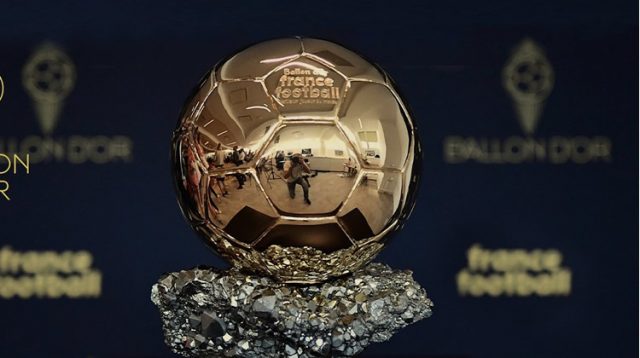 Gavi has won the Kopa Trophy for the best player of last season aged under 21 at the Ballon d’Or ceremony in Paris.
Recall that the event took place on Monday.
Gavi plays for Barcelona and Spain as a midfielder.
The 18-year-old, whose full name is Pablo Martin Paez Gavira, succeeds his Barcelona teammate Pedri, who won the prize last year.
Kylian Mbappe and Matthijs de Ligt are also former winners of the award which is named after former Real Madrid and France star Raymond Kopa.
Gavi, who has already won 12 caps for Spain, was picked by a jury made up of former winners of the Ballon d’Or itself.
Last month he signed a new deal at Barcelona tying him to the club until 2026 and with a release clause of one billion euros.
Meanwhile Senegal and Bayern Munich star Sadio Mane was rewarded for his off-field work by receiving the first Socrates prize from the organisers France Football.
The prize is named after the late former Brazil midfielder, who also held a medical degree.
The prize is meant to identify the “best social initiative by committed champions” and in Mane’s case recognises the work he has done for communities in his home country.
Top Stories