Okorie was arraigned in court on a five count-charge, bordering on fake news, murder, harbouring drug traffickers and two other charges. 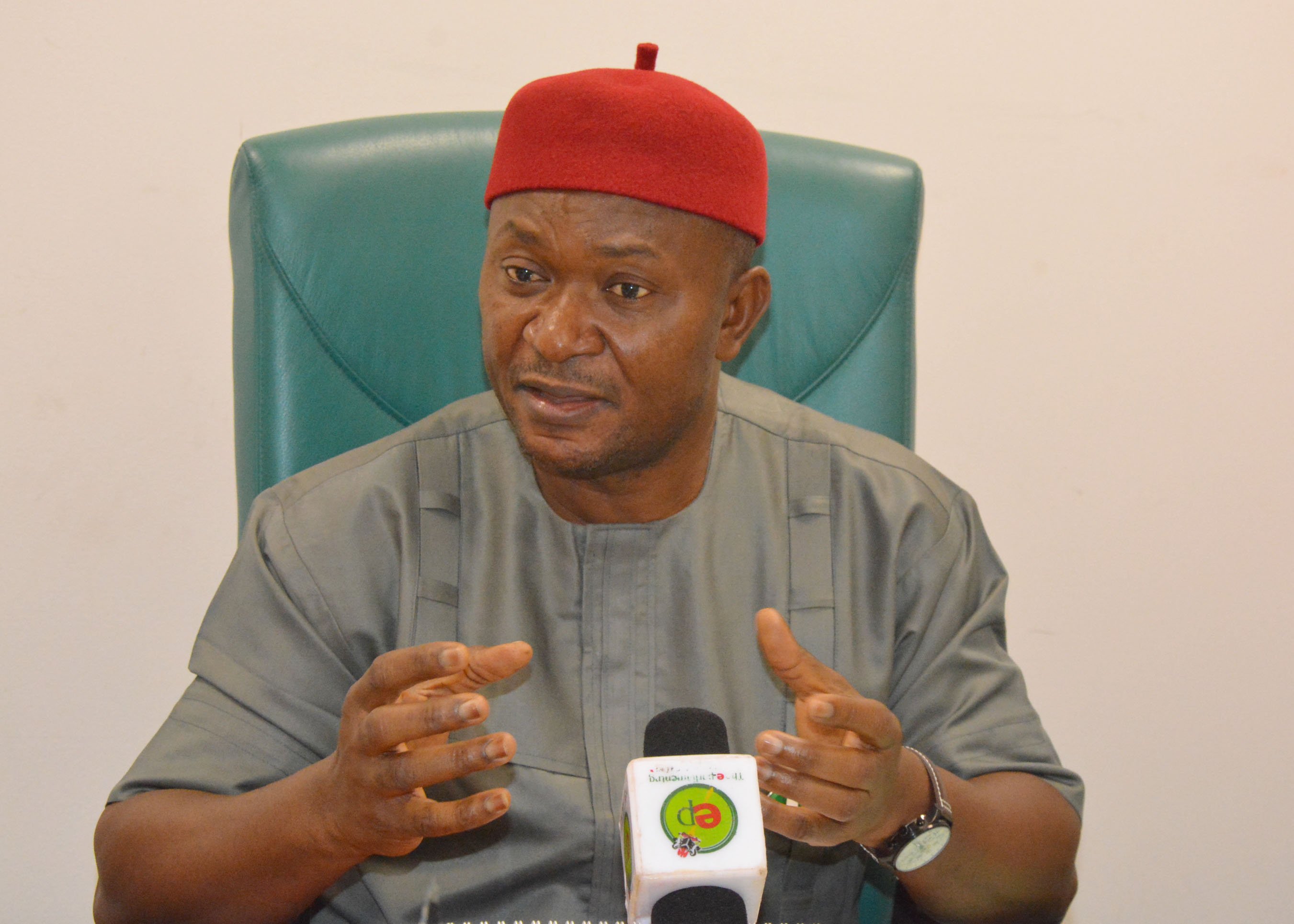 The Ebonyi South Senatorial candidate of the Labour Party, LP, Linus Okorie has been remanded in prison.
He was ordered to be remanded in the correctional centre by a High Court sitting in Abakaliki on Tuesday.
Okorie was arraigned in court on a five count-charge, bordering on fake news, murder, harbouring drug traffickers and two other charges.
The police prosecutor, Chinagorom Ndubuaku, who brought the charges against the former member of the Federal House of Representatives, said the defendant has been on police wanted list for committing various crimes.
In a swift reaction, the leading counsel to the defendant, Mr. Chika Nomeh, who spoke to newsmen shortly after the court said; “some of the charges rob the magistrate the jurisdiction to entertain and grant bail, consequent upon that, the magistrate remanded him (Okorie) in the Nigeria correction centre.
“We have the details of the charges already, and we opposed the reading of the charges before the court because in our humble view, it constitutes an abuse of the court processes.
“There is a judgement of the Federal High Court by Honourable Justice Ekwo, that restrained the Nigeria Police and the state government from arresting Linus Okorie, and the judgement is still subsisting on the same subject matter.
“We raised an objection, which we were overruled. The aim of the charges is to keep him (Okorie) behind the bars. Our client is the leading senatorial candidate of Labour Party, LP, for Ebonyi South senatorial zone. The essence of these things is to weaken him and his supporters, but at the end of the day, the law will take its cost,” he stated.
In her ruling, the Presiding Judge, Magistrate Linda Ogodo, said the court lacks the jurisdiction to entertain the matter and thereby remanded him in the Abakaliki correctional centre.
The matter was adjourned to November, 2022 for further hearing.
Top Stories