Kogi Governor, Yahaya Bello Issues Fresh Threats To Use Firepower On Political Opponents Ahead Of 2023 Elections


Speaking on Tuesday in Ajaokuta after inaugurating a vigilante group, Bello said he was standing on the initial threat he made to deal with anyone saying bad things about his administration in the state. 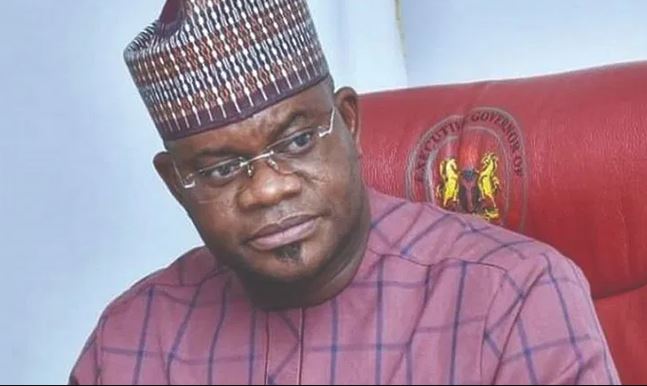 Yahaya Bello, the Kogi State Governor, has made new threats.

He again threatened to use firepower on members of the opposition political parties in the state ahead of the 2023 general elections.

Speaking on Tuesday in Ajaokuta after inaugurating a vigilante group, Bello said he was standing on the initial threat he made to deal with anyone saying bad things about his administration in the state.

A source told SaharaReporters that members of the vigilante group were being trained to do “dirty job” for the ruling All Progressives Congress and attack opposition parties before and during the elections.

Bello was said to have inaugurated same security team few months to the last elections in the state.

"Be it in the state or the federal level and you think you have connection that you can use here in Kogi, unless it’s not I, Yahaya Bello that’s in charge of this government. I want to reinstate that the ‘Ira Chenyin’ I said the other time is something I mean,” the governor said.

This is coming a few weeks after Bello threatened members of the opposition political parties, saying he would "show" them.

“Whoever trespasses, if we pick him or her, he will never sight the sun again. In this coming election, I’m going to show the opposition people who is Yahaya Bello. If there is white lion, if there is no white lion, we will know in this one,” Bello had said in the video obtained by SaharaReporters.

In another video, he bragged that he could handle a gun better than the people he was addressing, despite not being a security agent.

“If I hear any rumour or hear anybody murmuring, even if it’s in the person’s room and I said I want to see the person and you cannot provide him, then be prepared to be the person’s substitute,” he had said.

“That’s why I’m saying it loud and clear for everyone to hear. Not just Ihima, not just about Ebira but the whole of Kogi. Because some of those people who are prepared to do evil, maybe some of them are older than me.

“You cannot hold gun more than me. For that, everyone should receive and disseminate the message. Record and play it for them that I’m ready this time around.”

In December 2019, thugs said to be loyal to Bello and the ruling APC burnt opposition Peoples Democratic Party’s women leader, Salome Abuh, to death over some scuffle during the governorship election.

In April 2021, violent youths working for the Kogi governor descended on two middle-aged protesters who were pasting Buhari-Must-Go posters in Lokoja.

The APC youths flogged the two protesters, filmed them and brutalised them before they were later handed over to policemen.

A few days later, the state government in a statement supported mob action against the youths, saying they were from Benue State.

“The Kogi State Government wishes to commend the gallant and ever vigilant youths of the state for rising to the occasion to crush the ungodly campaign by some imported and sponsored youths who came to the State to campaign against President Muhammadu Buhari.

“The sponsored youths congregated at Benue State from where they moved to Kogi State and began to paint walls as well as display anti-Buhari posters that were printed in a South-South state,” the state Commissioner for Information and Communication, Kingsley Fanwo had said.

During the APC presidential primaries in earlier this year, some of Bello’s supporters were arrested by the police after guns and ammunition were found on them.

Some of them were arrested in vehicles branded with the logo of the Kogi governor.