The government through a number of policies, has tried to stem the tide of drug abuse and trafficking, but there appears to be a persistent rise in the number of abusers, as well as traffickers of illicit drugs. 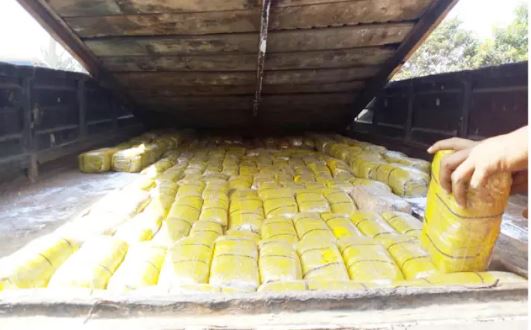 The challenge of drug abuse continues to be a major issue across Nigeria despite the efforts of various agencies such as the National Drug Law Enforcement Agency (NDLEA), the Nigeria Customs Service (NCS) and the National Agency for Food and Drug Administration (NAFDAC).

The government through a number of policies, has tried to stem the tide of drug abuse and trafficking, but there appears to be a persistent rise in the number of abusers, as well as traffickers of illicit drugs.

Earlier in September, and in what seems to be the biggest singular cocaine seizure in the history of Nigeria’s anti-narcotic agency, NDLEA officials busted a major warehouse in a secluded estate in the Ikorodu area of Lagos State, where 1.8tons (1,855 kilogrammes) of illicit drugs worth over $278,250,000, an equivalent of about N194.7bn in street value were seized.

The warehouse was raided on September 18, 2022, while the barons were picked from hotels and their hideouts in different parts of Lagos between Sunday night and Monday, September 19.

In October, the agency also arrested a suspected drug baron, Ugochukwu Chukwukadibia in Lagos, with Tramadol 225mg worth N8.86 billion.

The arrest came about five months after the agency had arrested another baron, Afam Ukatu, who reportedly had links with the suspended Deputy Commissioner of Police, Abba Kyari. Ukatu imported containers of tramadol worth N22 billion in one month, the agency said.

In June, the NDLEA in collaboration with the Nigeria Customs Service, disclosed that its Apapa Special Area Command seized a total of 19,703.25kg of assorted illicit drugs between January and June 2022, worth over N6 billion within seven days.

In April, officials of the NDLEA and the Nigeria Customs Services seized over 9.5 million tablets of pharmaceutical opioids (tramadol and exol-5), worth over N5bn.

Also at the beginning of the year in January, operatives of the Nigeria Customs Service attached to the Seme Area Command seized cocaine worth N3.9bn

The hard drugs weighing 11.913 kilogrammes were discovered in a bus conveying religious books.

While the efforts from the government through its agencies are quite commendable, some experts suggest that to address the challenge of drug abuse in society holistically, it has to start from the family level.

Dr Hope Omeiza, a mental health expert and Managing Director of Vanguard Against Drug Abuse (VGADA) Rehab Centre, said there are preventive measures to drug use, especially by teenagers.

“Various factors can contribute to teen drug use and misuse. First-time use often occurs in social settings with easily accessible substances, such as alcohol and cannabis.

“Continued use might be a result of insecurity or a desire for social acceptance. Teens may feel indestructible and might not consider the consequences of their actions which can lead them to take dangerous risks with drugs,” he said.

Dr Omeiza further stated that parents must start talking about the dangers of drug abuse to their children right from primary school, to help them navigate the potential peer pressure in future.

He said, “Drugs  such as codeine, cannabis and alcohol, are easily available to children and adolescents. As a parent, you have a major impact on your child’s decision not to use drugs.

“Most likely, children in primary schools have not begun to use drugs or know much about them, and that is why it is is a good time to start talking about the dangers of drug use with them. One has to prepare their child for a time when drugs may be offered to him or her.”

On the government’s role in addressing drug trafficking and abuse across the country, he said while the recent activities of the NDLEA are quite impressive, the government must do more not only by arresting the traffickers, but also by providing alternative means of livelihood especially for the youth.

He also emphasized that drug supply emanated from a demand, adding that the government must try harder to reduce the rate at which drugs are demanded in the country.

“There will not be supply of anything without an existing demand for it, and that is why the government and other civil society organizations concerned must address the level at which people, especially young people, demand and have access to drugs,” Omieza said.