An indigene of the community, Mr Chidi Obiudu, told NAN that the community was not recorded as an area affected by the flood. 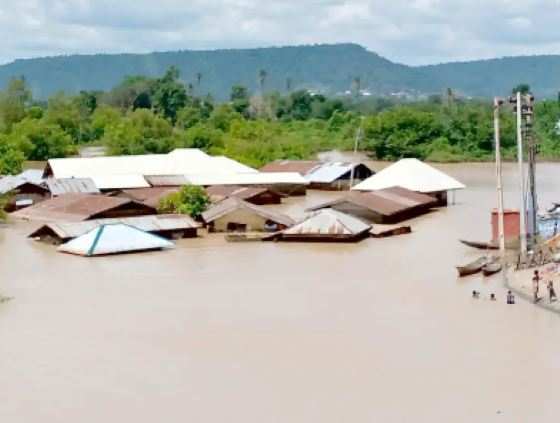 According to the News Agency of Nigeria (NAN), more than 2000 people who were displaced by flood in the Nsugbe community of Anambra State now live in bushes.

A NAN correspondent who went to the area, reports that the victims made shelters for themselves using nylon bags, broken glasses, and wood picked from bushes.

An indigene of the community, Mr Chidi Obiudu, told NAN that the community was not recorded as an area affected by the flood.

He said that the government and public presence are yet to be seen in the community because nobody knew Nsugbe was affected by the flood.

Obiudu said they now live in bushes within the community as their own Camp and appealed for government assistance.

Obiudu said that the victims are also in need of medical attention, foodstuff, clothing, and security like other victims recorded by the government.

He said that about 900 children based in the shelters are out of school and needed to be engaged in educational activities.

Obiudu said that he was shocked at the level of devastation caused by the flood in the community.

“Now that it is known that the Nsugbe community is affected by the flood, we ask that the same attention given to Aguleri-Otu, Enugwu-Otu, Aguleri and Mkpunando communities in Anambra East be extended to Nsugbe flood victims,” Obiudu said.

NAN reports that some of the affected victims, Nnamdi Okoye, Onyeaka Okuo, Udegbune Udekwe and Sunday Chinwuba told NAN that they were exposed to all kinds of wild animals that may attack them.

Okoye, who spoke on behalf of other victims, said that their safety is of great importance and begged to be relocated to government-recognised camps.

He said they are starving, adding that their property and farmlands have been destroyed by the flood and pleaded with the government to let relief materials get to them also.