According to a statement by Olajide Oshundun, head of press in the ministry of labour and employment, Chris Ngige, the minister, spoke on Thursday in Abuja. 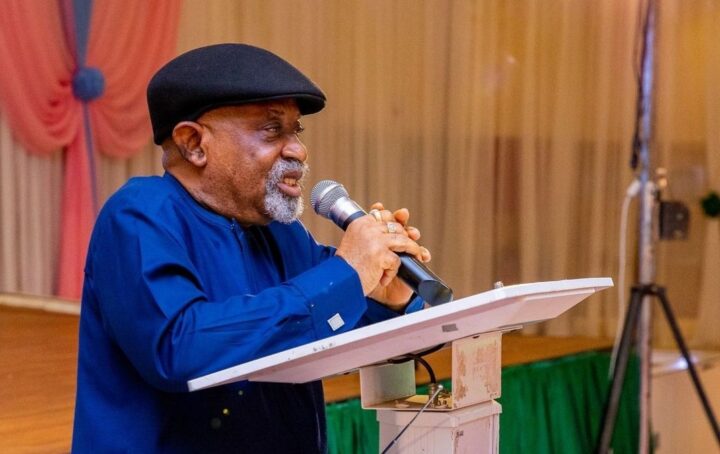 The federal government has issued a warning to workers trying to embark on strikes.

The FG says it will no longer tolerate industrial actions that do not follow due process “particularly during the transition period of the current administration”.

According to a statement by Olajide Oshundun, head of press in the ministry of labour and employment, Chris Ngige, the minister, spoke on Thursday in Abuja.

Ngige made the remarks after receiving an ‘award of excellence’ conferred on him by the Nigerian Association of Resident Doctors (NARD) at the 42nd annual general meeting/scientific conference of the association.

“The federal government will no longer tolerate a strike that does not pass through due process,” he said.

“Any group that embarks on strike will be visited with section 43 of the Trade Dispute Act (TDA), Laws of the Federation of Nigeria (LFN) 2004.

“It says that when a worker goes on strike, especially those on essential services, the employer can also refuse to pay compensation or wages which accompanies work done.

“The due process of a strike is that social dialogue negotiation with employers should be explored first.

“In the event of failure, the federal ministry of labour and employment office in the affected state or FCT should be notified and, finally, a trade dispute notice (TDN) served.”

Ngige advised all aggrieved unions to emulate the doctors and commence proactive discussions with the federal government rather than resort to strike whenever issues arose.

Reacting to the circular on upward review of the Medical Residency Training Fund (MRTF), he assured that the National Salaries, Incomes and Wages Commission is working on it.

He also added that the area of domiciliation of the fund for residents would be addressed during a negotiation to align it with the National Residency Training Fund Act which is the guiding law, pointing out that a circular derives its life from extant laws.

Ngige said the issue of non-payment of new hazard allowance to house officers is being addressed by the office of the accountant general of the federation.