This ‘selfish’ act has, however, cost her aunt and 60 other people under her supervision to be suspended. 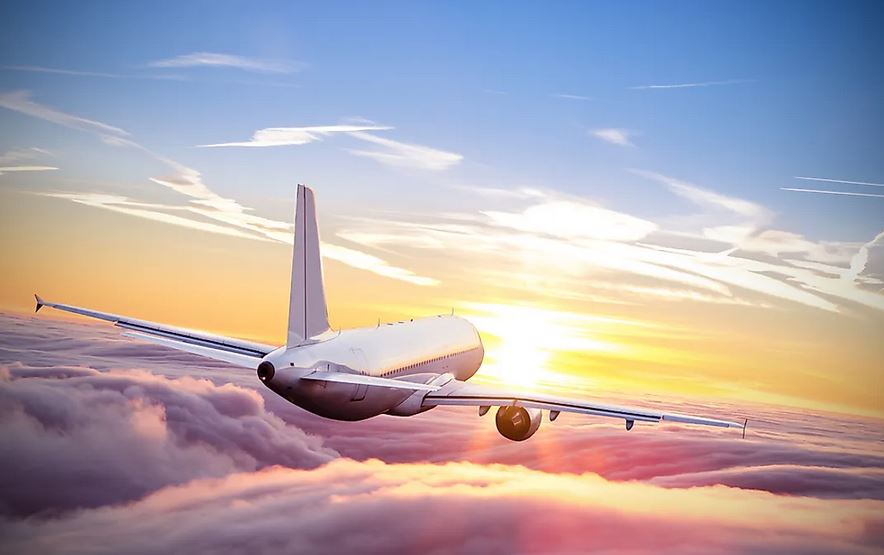 A Nigerian Twitter user has taken to the microblogging site to disclose that her aunt was suspended after her assistant stole from the company.

According to the user, her aunt’s assistant at work stole N5.6 million of their company funds in order to leave the country ‘japa’.

This ‘selfish’ act has, however, cost her aunt and 60 other people under her supervision to be suspended.

The user in her heartbreaking tweet added that families have been put in distress due to this singular act.

“My aunt’s assistant at work stole N5.6m to japa. She and nearly 60 people she’s supervising have been suspended at work. You’ve put so many families in distress because of your selfishness. This is so unfair.” 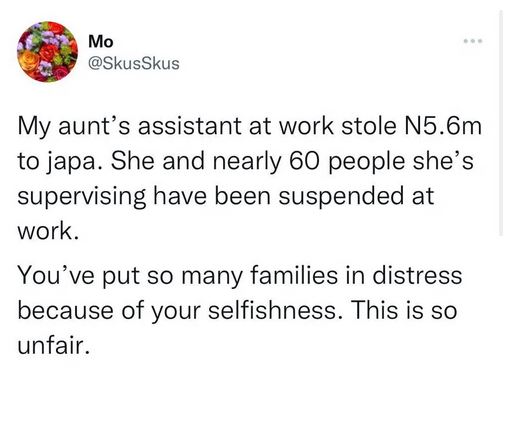