The rapper took to Instagram to write that he lost 2 billion dollars in one day but he is still alive. 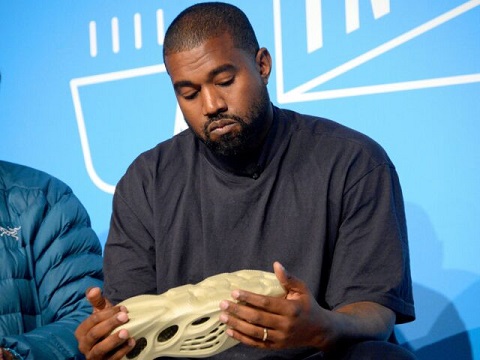 Kanye West has joked about losing his billionaire status.
The rapper was reacting to losing 2 billion dollars after several brands cut ties with him because of his anti-Semitic comments.
The rapper took to Instagram to write that he lost 2 billion dollars in one day but he is still alive.
He added: "The money is not who I am. The people is who I am."
In an earlier post, Kanye also shared an article claiming his Yeezy brand cut ties with him.
"Ye has reportedly cut ties with Kanye West," the headline reads.
In the caption, Kanye wrote: "Had to cut ties bro."
His caption got several laughing emojis from his supporter Candace Owens.
This comes after multiple brands cut ties with the rapper.
The brands that have cut ties with Kanye so far include: Balenciaga, MRC (the entertainment studio shelved an already finished Ye documentary), his talent agency CAA, Adidas, Jaylen Brown and Aaron Donald, Foot Locker, The RealReal, T.J. Maxx, Madame Tussauds.
Also, his school, Donda Academy, was affected as they were dropped from a high school tournament because of Kanye's utterances.