She was caught “s3xting” the pair while serving as a guard at HMP Lincoln between August and November last year. 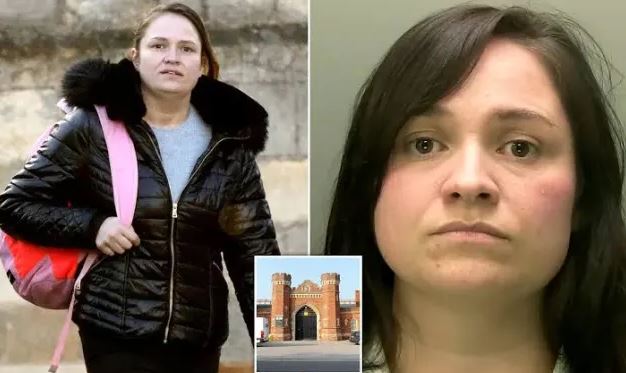 A 34-year-old  prison officer who engaged in phone s*x and sent raunchy photographs to two serving inmates has been sentenced to 14 months imprisonment.

Emma Webster was caught “s3xting” the pair while serving as a guard at HMP Lincoln between August and November last year.

A court heard that in one exchange she promised to send inmate Bradley Bramwell “better pictures”.

Mum-of-two Webster also professed her love for Jimmy Bennet during one phone call and called him her boyfriend. Webster was rumbled when both prisoners added an “Emma Smith” to their list of phone contacts on the outside and suspicious prison bosses began to listen in.

They recorded 17 phone calls made between Webster and Bramwell and a further 75 calls with Bennet during which she engaged in phone s3x with them both.

At a previous hearing Webster, of Lincoln, she pleaded guilty to misconduct in public office.

Yesterday, she was jailed for 14 months at Lincoln Crown Court.

Sentencing, Judge Catarina Sjolin Knight told Webster: “You communicated with them via letters and phone calls and smuggling articles into prison.”

She added: “It is clear you craved attention, but after reading your letters and extracts it is clear that you were chasing rather than being manipulated.”