According to the report, like the rest of the globe, Nigeria is dealing with rising food prices. 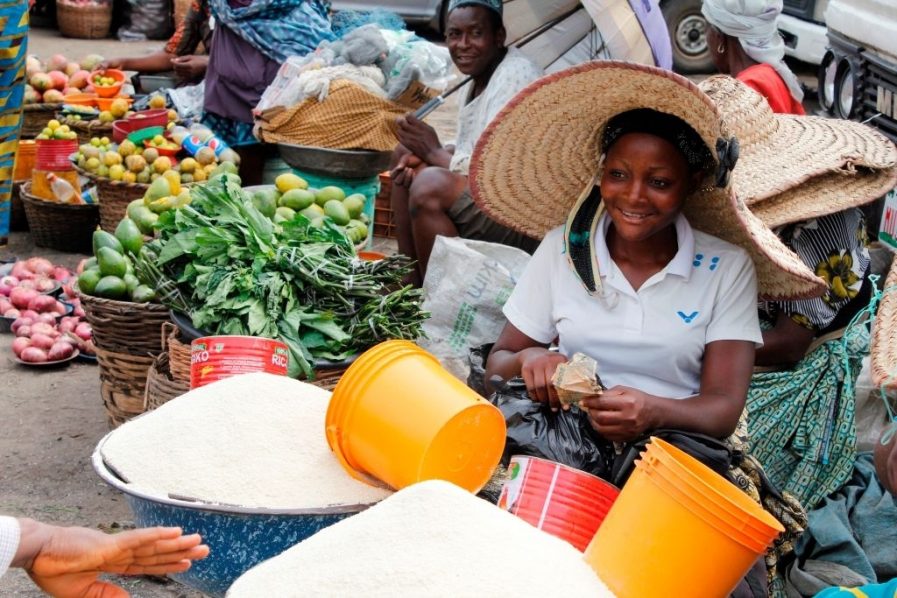 In recent times, flooding has taken over several Nigerian towns and cities, rending many people homeless and utterly devastated.

The flooding in recent times in Nigeria has been considered to be one of the key reasons for food price inflations in the country, according to a study released on Tuesday by SB Morgen titled "Brace for Impact”.

According to the report, like the rest of the globe, Nigeria is dealing with rising food prices.

However, whereas global food prices were up 5.5 percent in September of last year, they fell 1.1 percent in August of this year, and we have now witnessed six consecutive months of declines in global food prices. In Nigeria, however, the third quarter of 2022 saw record-breaking inflation rates. July saw a 17-year record rate of 19.64%. Food inflation in Nigeria reached 23.34% in September 2022.

Food costs in Nigeria have hardly reduced in the previous four years, and new issues are compounding the situation. While still reeling from the fallout from the Ukraine-Russia conflict, the consequences of the coronavirus epidemic, and the limits imposed by insecurity and bad macroeconomic policies, new challenges have appeared and old ones have resurfaced.

Recently, floods in several sections of the country have exacerbated food insecurity, and the impact will be seen in the coming quarters. There are now significant problems in gasoline and gas supplies, which will put further strain on food networks. According to the National Emergency Management Agency, 33 of Nigeria's 36 states, many of which are food-producing, have lately suffered floods.

The report reads in part: “In Nasarawa alone, $15 million worth of rice farms was submerged by floods, which means that there is no harvest for this season for most parts until the next planting season. The rice harvest, which is expected for November-December 2022, has been cut off, and Nigerians have to wait till the next rice harvest season, which is August-September 2023 for the South and November-December for the North. This means that in about one year, domestic production of rice will reduce considerably.

“Rice prices have been up for some time. Taking the Wuse market as a case, we see that the cost of a 50kg bag of foreign rice has increased progressively from July 2021 to September 2022, from N30,000 up to N40,000 in September 2022. With the flood-related losses, this is bound to increase through the next year.”

Explaining the impact of the flood on food prices in a more contextual, the report analysed what would be the cost of a pot of jollof rice for a family of five.

The report continued: “The average cost of making a pot of jollof rice for a family of five in Nigeria increased from an average price of N9,220 in June to N9,753 in July and N9,917 in September, an increase of 7.6% between June and September.

“Across the 13 markets surveyed, Wuse II recorded the highest cost of making a pot of jollof rice at N13,150, while it costs N8,510 to make the same pot of rice in Onitsha, making it the lowest in all the markets.”

SaharaReporters had reported how a rampant flood situation across the country ravaged many communities, washed away farms and destroyed property.

Commuters passing through these communities have been forced to take longer routes to get to their destinations.

Many roads were washed away, and many hectares of farmland, houses, and vehicles also succumbed to the overpowering effect of flooding.

International leaders have also shown their solidarity with the country.

For instance, British monarch, King Charles III, on Friday condoled with Nigeria over the devastating floods that have ravaged the country in recent months.

Chinese President Xi Jinping also commiserated with Nigeria over deaths recorded as a result of the tragic events.