Since he began studying, Nathanael has cleared three to four academic years in just one. At this rate, he managed to start university at age 11. 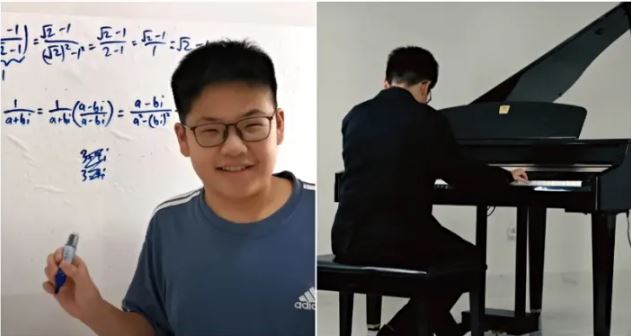 Nathanael Koh, a 12-year-old boy in Singapore has started some waves around the world for his brilliance.

He has been featured on local media after it was found out that he was taking two bachelor’s degrees in separate institutions at the same time.

Nathanael Koh, who started primary school at age 3, is now a first-year math student at New Zealand’s University of Canterbury, and a final-year music composition student at the Australian Guild of Music Education (AGME). He is homeschooled in both programs.

Since he began studying, Nathanael has cleared three to four academic years in just one. At this rate, he managed to start university at age 11.

“I think Nathanael is one of the brightest students,” Melissa Yang, his math teacher, tells CNA Insider in a video interview. “I never had a student that’s gifted, so I was quite excited to take this assignment.”

Meanwhile, Nathanael began working toward his music degree much earlier, having obtained a diploma in music theory from Trinity College London at age 9. Today, he also serves as one of the two composers-in-residence at Singapore’s Kids’ Philharmonic Orchestra (KPO). The other composer-in-residence is 25 years old.

While Nathanael is now rapidly advancing academically, his parents worried about his progress when he was much younger. His father, Dr. Chris Koh, shared that his son was diagnosed with global developmental delay (GDD) at the age of 1.

“This condition meant that Nat couldn’t crawl, couldn’t flip over or walk at the age of 1, and there was minimal speech at the age of 3 to 4,” Dr. Koh said. “I decided to home-school Nat because of his medical condition.”

Homeschooling has also posed its own challenges, such as the lack of socialization. In the rare times Nathanael attends the KPO’s rehearsals, he says he does not get the chance to mingle much.

“I’m usually not a people person. I don’t have enough opportunities to be in a social setting,” Nathanael explains. “And so if anybody wants to help me improve my social skills, I would gladly accept that.”

For now, Nathanael is expanding his social interactions through his YouTube channel, where he shares a plethora of math tutorials, performances of his own compositions and other content.

“Sometimes my academic ability makes me feel out of place,” he says. “But my YouTube channel is one of the few ways in which I interact with my outside world.”