An eyewitness noted that the arrested suspects were dragged into waiting vehicles, as pedestrians trudged the scene. 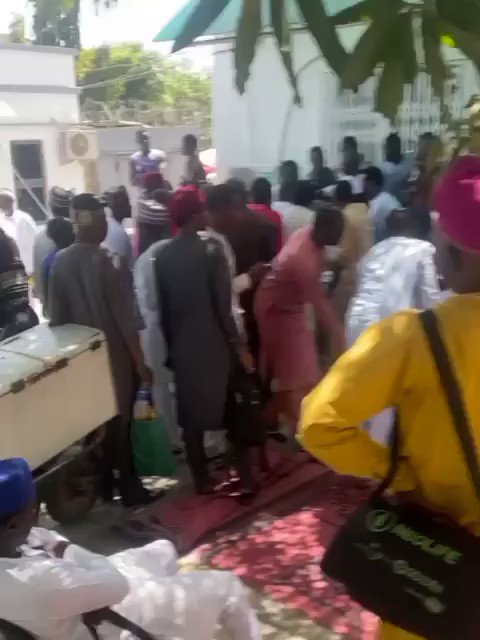 Officials of the Economic and Financial Crimes Commission have raided the offices of black market currency dealers in Abuja.
The incident happened on Tuesday, November 1, 2022 with many arrested.
Punch gathered that the officials, armed to the teeth, stormed the Sheraton Hotel area of Abuja to arrest some Bureaux De Change operators.
An eyewitness noted that the arrested suspects were dragged into waiting vehicles, as pedestrians trudged the scene.
During the week, the naira had depreciated further against the dollar at the parallel market as it exchanged for N880 per dollar as of Monday, October 31.
This follows the Central Bank of Nigeria’s announcement that the proposed newly-redesigned naira notes would be in circulation from December 15, 2022.
The Spokesperson for the EFCC, Wilson Uwujaren could not confirm the operation when contacted by our correspondent.
“I will check and get back to you,” he said.
Meanwhile, the commission expresses concern about the rising spate of cyber-attacks on banks and the reluctance of the institutions to report such breaches to law enforcement.
While warning that such reticence would only embolden the criminals, the EFCC appeals to financial institutions to collaborate with it to secure the financial sector from threats of cyber-attacks.
The EFCC had in the wake of the recent announcement by the Central Bank Nigeria of plans to redesign and re-issue higher denominations of the naira, warned Bureau de Change operators to be wary of currency hoarders who would attempt to seize the opportunity to offload the currencies they had illegally stashed away.

Officials of the Economic and Financial Crimes Commission raided the offices of black market currency dealers in Wuse Zone 4 and Sheraton Hotel area of ABUJA, arresting an unconfirmed number of suspects. pic.twitter.com/OpBLHkyxd9