Cheres stamped on her neck, breaking bones in her larynx and stabbed her with a pair of scissors with so much force they bent in half, jurors at the Old Bailey heard. 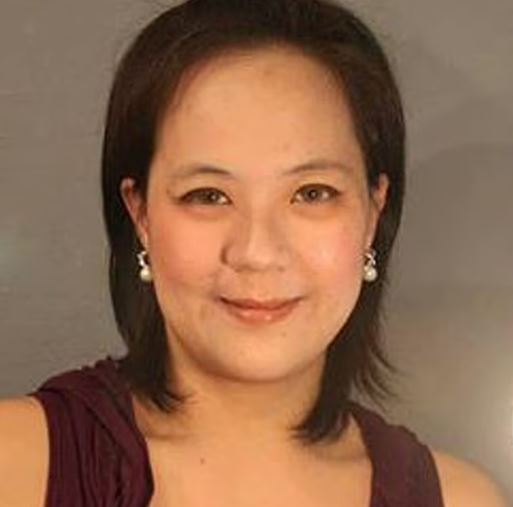 A 43 year-old married woman has been beaten to death by her 21-year-old lover.
Dailymail reported that the incident happened  just hours after her husband found him n3ked in her bedroom, a court heard.
David Cheres, 21, allegedly kicked and slashed at 43-year-old Tiprat Argatu with a knife and scissors at her home in Whitechapel, east London, in the early hours of January 24 last year.
Cheres stamped on her neck, breaking bones in her larynx and stabbed her with a pair of scissors with so much force they bent in half, jurors at the Old Bailey heard.
He admitted to Ms Argatu's manslaughter by diminished responsibility, but is standing trial at the Old Bailey charged with murder.
Cheres and Ms Argatu's husband, Silviu, were said to be good friends who were sharing a house alongside three other Romanian men at the time of the 'savage' attack.
Giving evidence today, housemate Flavius Cosovan said he heard Cheres in Ms Argatu's bedroom on the night she was killed.
He said: ‘She was calling him darling and they were talking nicely to each other.
‘This seemed strange to me because David is a friend of Silviu’s and I was wondering what David was doing in Silviu’s room when Silviu was away.’
Mr Cosovan later claimed he heard Mr Argatu shout: 'Why did you do this to me'? after returning home and discovering his wife was naked in Cheres' room.
Cheres had previously been friends with Mrs Argatu’s spouse, who had discovered he was having s3x with her just hours earlier, the court heard.
Mr Cosovan then went down to the kitchen and saw them in the corridor, where the pair were jostling as Silviu planned to leave.
He said: ‘Silviu had a small rucksack on his back and clearly wanted to leave.
‘Silviu was saying to David: "Let go, let go, leave me alone, leave me alone..."
‘Silviu’s wife tried to keep her husband in the flat putting her arms around him. Silviu said to his wife: “Tell your lover to leave me alone so that I can leave”.
‘David was pulling him by his left forearm trying to hold onto him and begging him to stay.'
Mr Cosovan said he next time he saw Cheres he was stood outside the entrance to the building with two suitcases.
He said he was going to his father’s house and they were both planning to go somewhere new to live.
But he returned 20 minutes alter still carrying the suitcases and didn’t mention moving out again.
Mr Cosovan said that night on 24 January he awoke at 4am to hear Mrs Argatu shouting ‘don’t worry darling’ repeatedly.
He also heard a man’s voice quieter than Mrs Argatu’s voice which he assumed was Cheres. Around thirty minutes later he heard the man go to the toilet.
When he returned he heard Mrs Argatu saying ‘don’t worry darling, don’t worry darling’ again.
He then awoke again at around 5am to hear loud banging, and then heard someone leaving the flat.
He said he then saw blood on Cheres’ door handle and the police were called. Prosecutors claim the alleged murder took place between 4 and 5am.
Mr Cosovan said Mr and Mrs Argatu had been arguing regularly and would argue and then make up but he had never seen them have a physical fight.
He said Mr Argatu was caring towards his wife and would give her a kiss when he came home and ask how she was.
Prosecutor James Dawes, KC, said Cheres ‘blamed’ himself and his lover for breaking his friendship with her husband and attacked her.
Police found Cheres later that morning, leaving a ‘bin cupboard’ stark naked, the Old Bailey heard.
Jurors were told Cheres has admitted manslaughter on the basis of diminished responsibility but he denies murder.
Mr Dawes went on to say that Cheres’ attack might have been fuelled by losing his friendship with Mr Argatu.
‘The defendant’s motive may have been feelings of self pity about the way his life was going and disgust at his own s3xual behaviour and anger and perhaps the loss of his friendship with Tiparat’s husband.
‘Silviu had discovered the defendant had had s3x with Tiparat and perhaps he blamed himself or blamed her for the breaking of his friendship with Silviu.
Ms Argatu was from Thailand and married her Romanian husband in 2019.
The couple lived in Thailand for 18 months before moving to London in September 2020.
Cheres had met and become friends with Mr Argatu previously and the two kept in touch even when the latter was living in Asia.
When Mr Argatu came back to London in 2020, he and Cheres met up before Cheres eventually moved into a spare room in the couple’s shared flat in Ellen Street.
They lived with three other Romanian men who were in the UK doing construction or building jobs.
Cheres, of Argyll Gardens, Burnt Oak, northwest London, denies murder but admits manslaughter on the basis of diminished responsibility.
The trial continues.
Top Stories