2023: Shettima Is A Terrorists Commander, Planning Office For Boko Haram At Villa – PDP


The main opposition party in the country also called on Nigerians to critically assess the former Borno State governor and the ruling party before casting their votes in 2023. 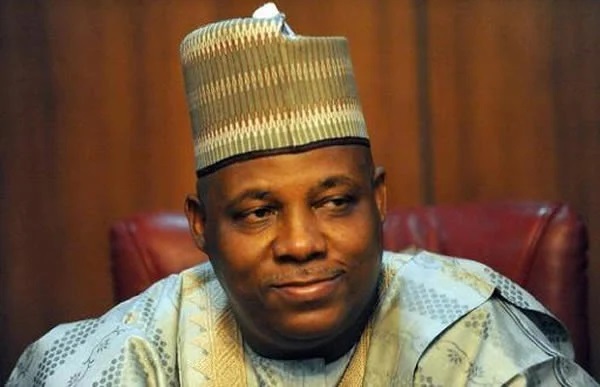 The Peoples Democratic Party, PDP has claimed that the vice presidential candidate of the ruling All Progressives Congress, Kashim Shettima is a grand commander of bandits and terrorists.
This was made public in a statement by the spokesperson of the PDP Presidential Campaign Management Committee, Senator Dino Melaye.
He further alleged that Shettima was aiming at establishing an office for the Boko Haram terrorists at the presidential villa if the APC presidential candidate, Bola Tinubu wins the election in 2023.
“Overwhelmed by the conviviality of a civil atmosphere, Kashim Shettima, the Grand Commander of bandits and the running mate of the Presidential candidate of All Progressives Congress ( APC), who has gathered enough funds from his field soldiers to be so intoxicated as to engage in a verbal gibberish that is only permissible in Sambisa Forest.
“He has been seen in a footage where he was exciting a rented crowd with whimsical pot shots at His Excellency Atiku Abubakar.
“It was the same hallucination that made Shettima to have defined an illusory presidency where he would create an office for Boko Haram in the villa, with him in charge of the security of our precious Nigeria.
“The emergence of the garrulous, intemperate and indecorous Shettima is another manifestation of the failure of APC, which after weeks of shilly-shally to fill the slot of a running mate ultimately settled for a rustic jejune whose concept of a suit is the sartorial equivalence of Babanriga”.
The main opposition party in the country also called on Nigerians to critically assess the former Borno State governor and the ruling party before casting their votes in 2023.
According to the party, in a decent country, Shettima “ought to be in jail to pay for the blood of innocent citizens and the deprivation that lawful Nigerians have suffered from his private army.
“Nigerians must reject Shettima and his gang, because as Bob Marley sang, no one can free us but ourselves”.
Top Stories