50 Cent who shared the pictures of the convict on his Instagram account on Wednesday noted that he is working on a movie project based on Hushpuppi’s story. 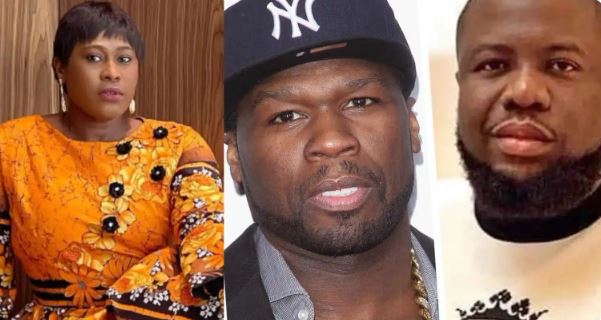 Nollywood actress, Uche Jombo has publicly begged for a favour from popular American rapper, 50 Cent after he revealed that he's planning to release a movie series based on the Nigerian internet fraudster, Hushpuppi.
50 cent took to his Instagram page to make the announcement late Wednesday.
He said the television series was inspired by Hushpuppi, who was jailed for 11 years in the U.S. for his role in a conspiracy to launder millions of dollars via online scams.
Recall, Ramon Olorunwa Abbas, popularly known as Ray Hushpuppi was sentenced by the United States District Judge, Otis D. Wright II, on Monday.
The judge also ordered Hushpuppi to pay $1,732,841 in restitution to two of his victims, according to a statement issued by the United States Department of Justice.
50 Cent who shared the pictures of the convict on his Instagram account on Wednesday noted that he is working on a movie project based on Hushpuppi’s story.
The G-Unit Records founder wrote in the caption, “For my scammers, I gotta do this one. Hushpuppi series coming soon! GLG, Green Light Gang I don’t miss. #Bransoncognac #lecheminduroi #gunitfilmandtv.”
Reacting, Uche Jombo wrote:
”Please give a Nigeria actor the opportunity to play this character.”
Top Stories