They were nabbed while allegedly plotting to attack members of the Odua People’s Congress, OPC, in Akure, the state capital. 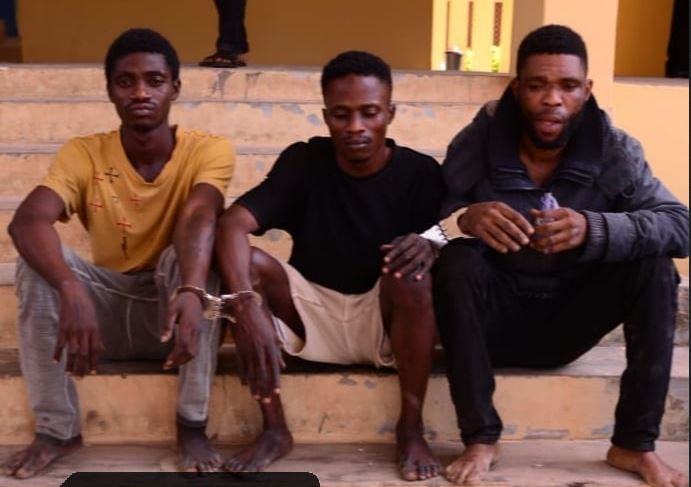 Men of the Ondo state police command have arrested three suspected cultists in the state.

The suspects identified as Adeyeye Deji, Adesuyi Damilola and Abiodun Lekan were nabbed while allegedly plotting to attack members of the Odua People’s Congress, OPC, in Akure, the state capital.

It was gathered that the trio belong to the dreaded cult group known as Eiye Confraternity.

They were said to be on a revenge mission when they were apprehended at Abusoro, Ijoka area of Akure.

While parading the suspect at the state headquarters of the Nigeria Police in Akure, the Police Public Relations Officer, PPRO, Funmilayo Odunlami, said the suspects were arrested by a team of detectives of the command.

According to the PPRO, two locally made pistols were recovered from the cultists’ hideout.

She said, “On 29th October 2022, at about 1200hrs, upon information received that some group of Eiye Confraternity were mobilizing to attack some OPC members at Abusoro, Ijoka Road, Akure, on a revenge mission.

“A team of Detectives from SWAT moved to the scene and arrested the following suspects: Adeyeye Deji, Adesuyi Damilola and Abiodun Lekan.”