As stated by Magixx, he expected better from Ruger and went on to say he was disappointed. 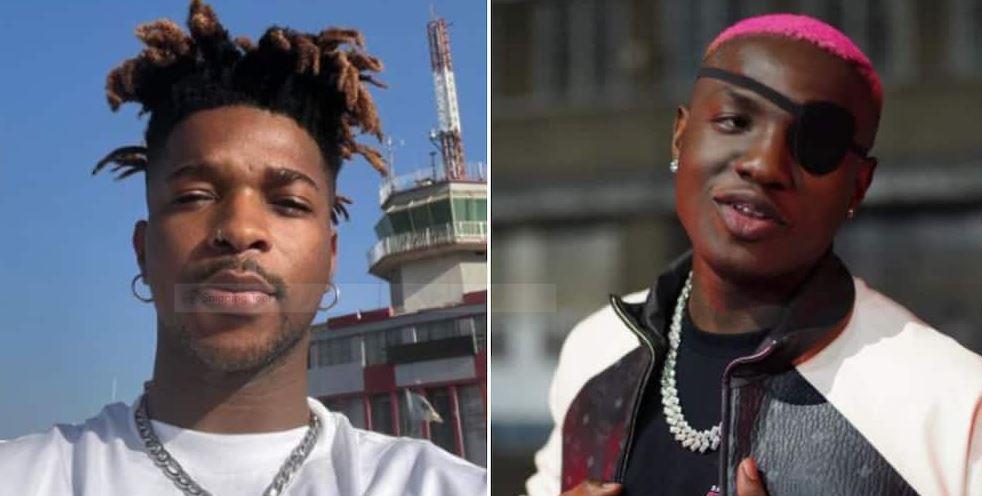 Mavin artiste, Magixx has taken to the microblogging platform, Twitter to give his opinion about his colleague, Ruger's new songs that got released on Tuesday, 15th November 2022.

As stated by Magixx, he expected better from Ruger and went on to refer to his new songs as “bullsh*t”.

The singer also said that he is highly disappointed by the songs.

This comes after Ruger tagged Wizkid’s Album, Asake and Tiwa Savage’s Loaded, and other songs that premiered last week as “noise”. 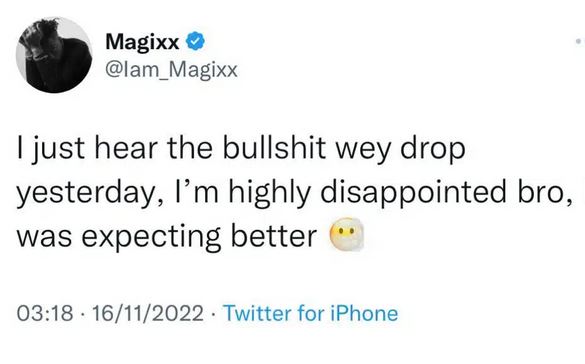