According to a survey by Opta, the former Paris Saint Germaine midfielder made a total of 15 successful dribbles against Italy at the 1994 World Cup in the USA totaling 83 per cent. 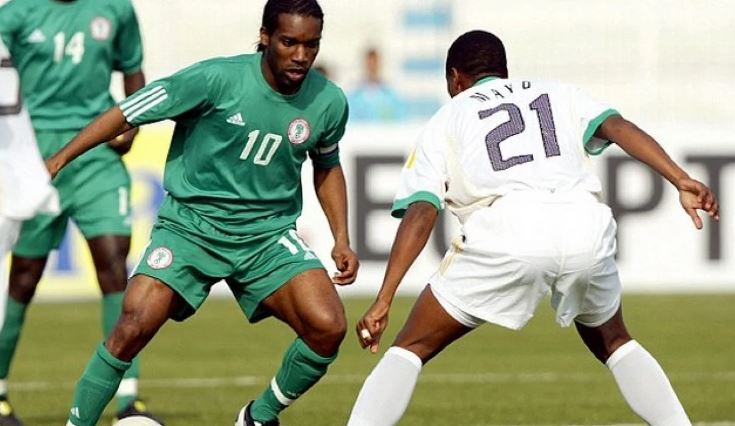 Austin Okocha, a former Super Eagles captain, has topped the list of dribbles completed in a World Cup game.

He currently tops the list of most dribbles in a single FIFA World Cup game since 1966, PUNCH Sports Extra reports.

According to a survey by Opta, the former Paris Saint Germaine midfielder made a total of 15 successful dribbles against Italy at the 1994 World Cup in the USA totaling 83 per cent.

Brazil’s Jairzinho and England’s Paul Gascoigne are tied in second place on the list with 13 dribbles respectively.

Jairzinho recorded his feat against Uruguay at the 1970 World Cup in Mexico while Gazza was outstanding with his skills against Cameroon at the World Cup hosted by Italy in 1990.

Italy’s Sandro Mazzola is fourth on the list. The legendary former Inter striker made 12 successful dribbles against Poland at the 1974 edition of the tournament in Germany averaging 75 per cent.

German winger, Reinhard Libuda, is ranked fifth on the list after recording 12 successful take-on during Germany’s clash with Bulgaria at the 1970 World Cup in Mexico.

Cruyff had 12 successful dribbles against Sweden at the 1974 edition of the tournament in Germany while Maradona recorded the same number of dribbles against England at the 1986 edition just as Eusebio did against Hungary at the 1966 edition.

Tigana at the 1982 World against Austria recorded 11 dribbles while at the same tournament, Maradona also totaled 11 take-ons in their clash with Austria.

Jose Valencia also had 11 dribbles vs Hungary at the 1978 edition just as Lionel Messi against Mexico at the 2010 World Cup in South Africa.

Meanwhile, Eden Hazard had 10 successful dribbles in two games at the 2018 World Cup against Brazil and France.