How I Stopped Saraki, Others From Impeaching Buhari - Omo-Agege Boasts


Omo-Agege, who is now the Deputy Senate President spoke on Thursday during his campaign in Asaba, Delta State. 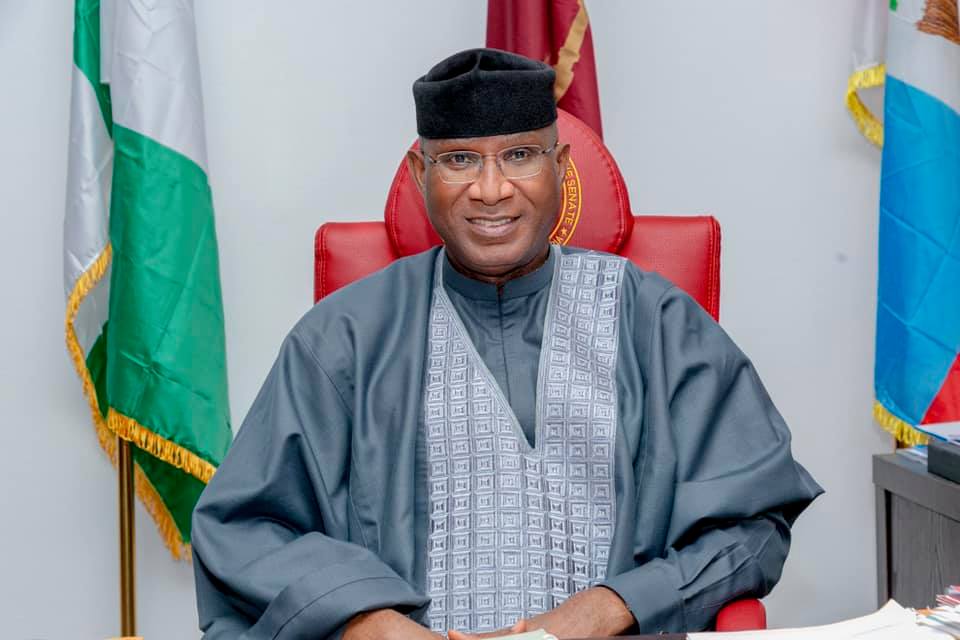 The Deputy Senate President, Ovie Omo-Agege has boasted that he's the one that stopped the 8th Senate led by Bukola Saraki from impeaching President Muhammadu Buhari.
Punch reported that Omo-Agege, who is now the Deputy Senate President, stated this on Thursday during his campaign in Asaba, Delta State.
Recall that the 8th Senate had in 2018 unsuccessfully tried to impeach President Buhari.
On April 18, 2018, armed thugs stormed the Senate to allegedly reinstate the then-suspended senator, Ovie Omo-Agege. They overpowered the security men and forcibly took away the mace around 11:30 a.m.
The mace is the symbol of authority of the legislature, without which the Senate cannot commence a legislative session.
The invaders, numbering 12, came in three Sports Utility Vehicles (SUVs), which were parked in front of the National Assembly building that houses the two chambers.
On Thursday, Omo-Agege, the All Progressives Congress Delta State governorship candidate, said he never regretted thwarting the plan of Saraki and others.
He said, “I will never regret my action to shut down the 8th Senate to stop the impeachment of President Buhari.
“Then, I was the de facto chairman of the Electoral Act, and after concluding our report, Saraki and his cohorts decided to change what we passed and sent to the House of Representatives for concurrent consideration just because they wanted to impeach President Buhari.
“So, I protested and stopped them, and the Saraki group said they had suspended me. According to my understanding of the law, they do not have the authority to suspend me.
“Our group called the parliamentary group for support of Buhari in the Senate, then made efforts to stop them, and I showed up unexpectedly and shut down the sitting to stop the impeachment of President Buhari. I’m not regretting the role I played.”
On the governance of the state, Omo-Agege said, “If you make an objective assessment of every village, town, city, and local government area in Delta State, including the riverine areas, you will come to the sad conclusion that the state is lagging behind in every index of socio-economic development and economic prosperity.
“Ifeanyi Okowa’s government alone has swallowed up well over N2.8trn in seven years.
“There is poverty and profound infrastructural dilapidation from Asaba to Warri and environs, Ughelli to Udu, Sapele to Effurun, Koko to Oghara, Agbor to Ukwani, Ndokwa to Abraka, and other areas of the state.”
Top Stories