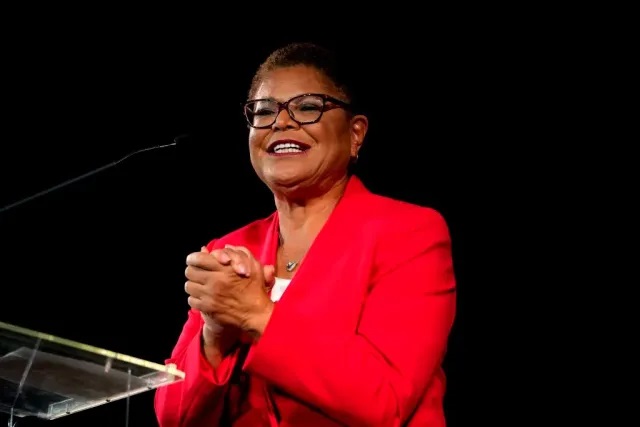 A black American woman has made history by becoming the first woman and second black American to become Mayor of Los Angeles.
Democratic United States congresswoman, Karen Bass defeated her main challenger, Rick Caruso to actualize the feat.
Bass polled 53.1% as against Caruso’s 46.9% on Wednesday evening with 76% of the vote counted.
Caruso, a former Republican, who also contested as a Democrat in deeply liberal LA, had already called Bass on the phone to congratulate her.
Reacting to her victory, Bass, in a statement, said it was a clear message from the people of LA.
“The people of Los Angeles have sent a clear message: It is time for a change and it is time for urgency,” Bass said.
She said she would “hit the ground running” to address crime and homelessness in the city.
“I ran for mayor to urgently confront the crises our hometown faces. Tonight, 40,000 Angelenos will sleep without a home – and five will not wake up. Crime is increasing and families are being priced out of their neighbourhoods. This must change,” she said.
Top Stories