Sadiya died in the late hours of Saturday at the Aminu Kano Teaching Hospital (AKTH) after she was transferred to its Intensive Care Unit (ICU). 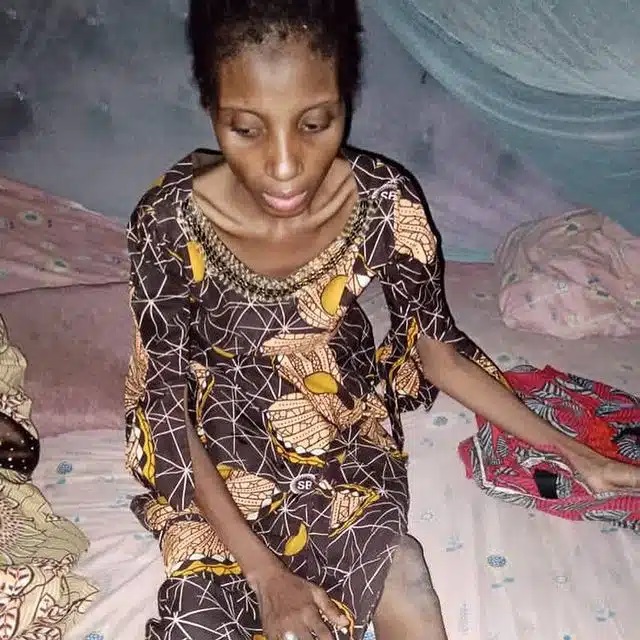 A 33-year-old housewife has died after being locked up by her husband for months without food.
Sadiya Salihu, died after battling for her life at the Aunty Zainab Nursing Home and Maternity in the Sheka area of Kano State.
The mother of four, who got married on April 24, 2010, to a businessman in Nguru LGA of Yobe State, Ibrahim Yunusa Bature, was reported to have been locked up by her husband for several months without food.
Sadiya died in the late hours of Saturday at the Aminu Kano Teaching Hospital (AKTH) after she was transferred to its Intensive Care Unit (ICU).
The deceased mother broke the news of the condition her husband put her in after she paid a visit to the family after many failed attempts to reach her.
Sadiya’s mother told reporters, “I was experiencing nightmares about Sadiya for a long time and anytime I called her husband, he gave the phone to the children and they would lie when I requested to talk to her; that she was sleeping or that she was doing something else.
“At last, I travelled to Nguru. I was greeted by the children. I didn’t see their mother. So I peeped into her room through the window and behold she was there, just lying down; helpless.
“I forcefully took my daughter back home, and as you can see, she is not herself. When I inquired, I was told that the husband only fed her with pap and roasted hasbiya (wild dove). I had to wean her 11-month-old child because of her situation.”
“We still can’t understand why pap every day, the hasbiya and a liquid mixture with bad odour being sprayed on her body. Look at her now. You can’t even comprehend what she is saying.”
Ibrahim Yunusa Bature has however been confirmed arrested by the police command in the state.
Top Stories