Edward was arraigned before an Ejigbo Magistrates’ Court, Lagos on a two-count charge of fraud and stealing, preferred against him by the police. 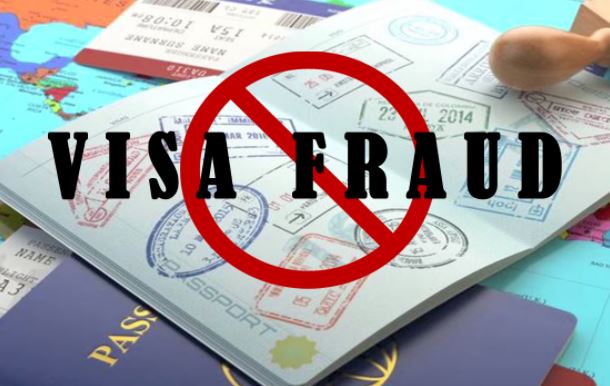 The Lagos State Police Command has revealed how a Nigerian man defrauded as many as 30 people.

The Command explained how the 49-years-old man, Joseph Edward allegedly swindled 30 people the sum of N18.3 million in a phony visa scam.

Edward was arraigned before an Ejigbo Magistrates’ Court, Lagos on a two-count charge of fraud and stealing, preferred against him by the police.

The prosecutor, ASP Benedict Aigbokhan, told the court that the defendant committed the offences on Aug. 10, 2021, and sometime in November, 2022, at No. 10/11, Abbey plaza, Igando, Lagos.

He said that the defendant fraudulently obtained a total sum of N18.3 million from one Parkers Zander and 29 other people, under the guise of procuring visas to Spain and Dubai for them.

Aigbokhan said that the defendant also promised the complainants that he would use the money to purchase flight tickets for them but failed to do so.

He said that some of the people the defendant obtained money from, included, Zander who gave him N3.7 million, and Kabiru Sani who parted with N1.6 million.

“The defendant also obtained the sum of N1.9 million from Chigozie Ojiaku, N660,000 from Abiodun Oluwasegun and N2.5 million from George Will.

According to him, the defendant converted the said money to his own use.

He said that the offences contravened Sections 287 and 314 of the Criminal Law of Lagos State, 2015.

The defendant denied the charge.

The Magistrate, Miss K. A. Ariyo, granted him bail in the sum of N2 million with two sureties in like sum.

She ordered that one of the sureties should be a land owner in Lagos State and the other a blood relative to the defendant.

She adjourned the case until Dec. 13 for mention.