Mrs Mohammed slammed the president’s wife for taking the law into her own hands, calling on security operatives to arrest and prosecute her. 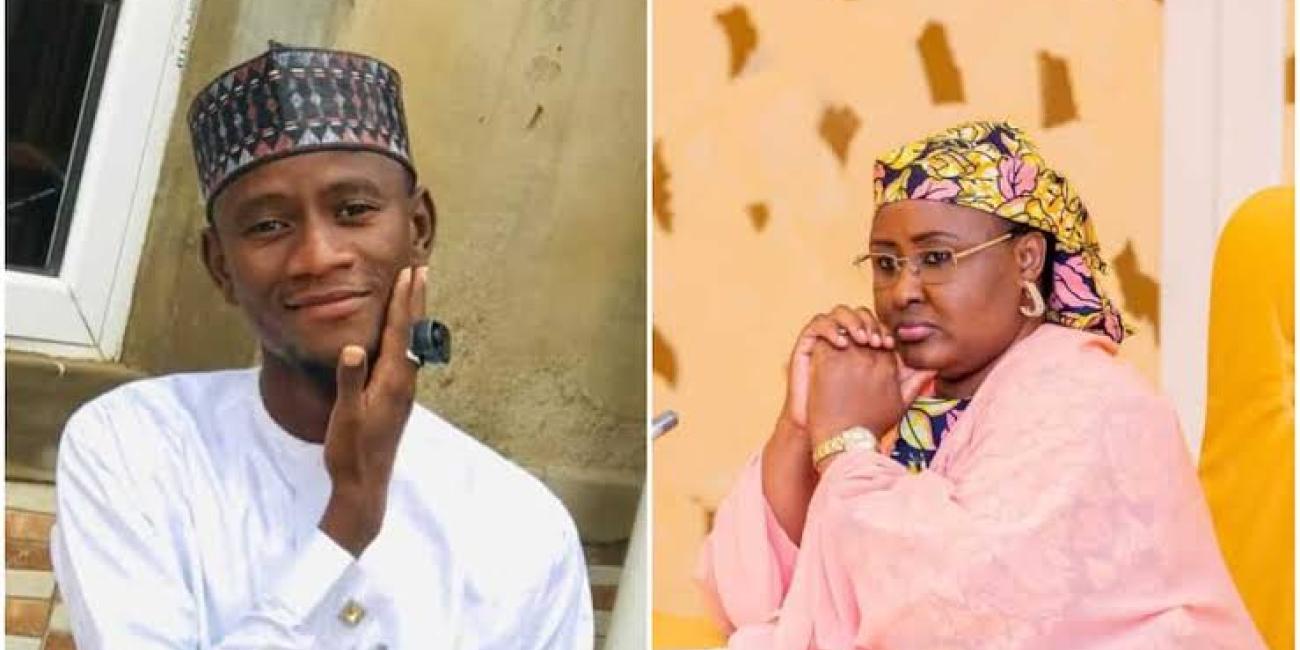 Najatu called for the prosecution of Nigeria's First Lady, Aisha Buhari, for beating up and ordering the detention of a final year student of Federal University Dutse, Aminu Mohammed, as well as her former social media aide, Zainab Kazeem.

SaharaReporters earlier reported that policemen acting on the orders of the Aide-De-Camp to Mrs Aisha Buhari, Usman Shugaba, arrested the 23-year-old student for tweeting that the wife of President was feeding fat on poor people’s money.

The tweet, which was accompanied by a photograph of Mrs Buhari, loosely translates as “Mama has eaten poor people’s money and is now full”.

However, on November 8, 23-year-old Muhammed was picked up by security operatives on campus and was reportedly beaten up following his arrest around noon. Mrs Kazeem on her part was arrested and beaten into coma for allegedly leaking secrets.

But reacting to the development in interview with Daily Nigerian, Mrs Mohammed slammed the president’s wife for taking the law into her own hands, calling on security operatives to arrest and prosecute her.

She stated that Mrs Buhari’s action must be condemned by all Nigerians, adding that she had taken the law into her hands.

“I think Nigerians should rise up and say no to this. We will no longer accept this tyranny.

“Buhari left a vacuum in leadership that is why all manner of people grabbed it. The same woman who said Mamman Daura had taken over her husband’s government has now become a tyrant. It is apparent she didn’t make that statement for God and the country but her selfish interest,” she said.

The right activist also recalled how Mrs Buhari tortured and ordered the detention of her former aide-de-camp for allegedly defrauding people in 2018.

The PSC commissioner wondered why the president’s wife and the security agencies had not been able to tame the growing insecurity in the country with the same vigor used in taming perceived critics.

“I want to ask our security men, why haven’t they been able to track down bandits and killers all over the country? Nigeria has become a killing machine. Women are being raped every single day, and their husbands are being killed.

“Millions have been made orphans. I have never known a time when Mrs Buhari even sympathized with these people, let alone get the bandits or culprits tracked down and taken to prison or even prosecuted. We have never heard that.

“She has become so egocentric, she has become the law in herself. Because of the irresponsibility of Nigerians who have allowed this to happen.

“This is our country. We have permanent right over our leaders. We didn’t vote for Aisha Buhari or any of these hangers on around Buhari. We voted for Buhari, and the same peasants, artisans, students, and general people of this country that voted for Buhari are now getting the exact opposite of what they hoped for.

“Aisha Buhari must be called to order; we will no longer accept this. All well meaning Nigerians and civil rights organizations, we must stand up and say no to this tyranny.

“As a public figure, you should expect criticism. If you can’t take the heat then leave the kitchen. In fact you are not even a leader Aisha Buhari in any sense of the word. You are so petty for condescending this low.

“And it’s such a shame that you are allowed to do it by your husband who has failed to take up his responsibility. Well, we as Nigerians are saying no to this tyranny. Enough is enough. Aminu must be set free. You had him abducted all the way from Jigawa, flown to Abuja on taxpayers’ money, and you had the nerve to even beat him, yourself! No wonder you sprained your leg,” Mrs Mohammed added.