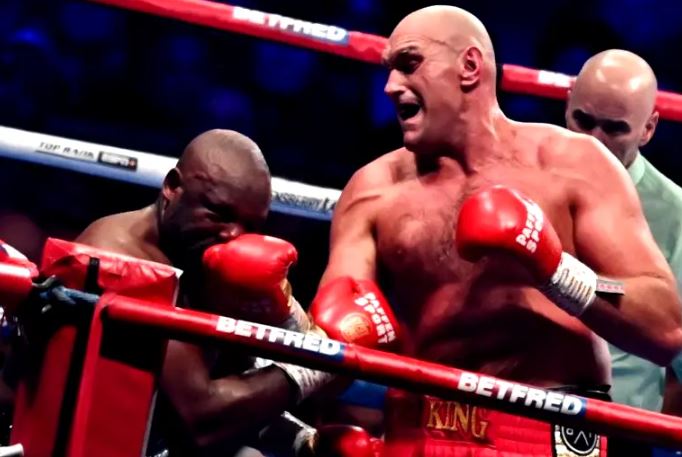 He retained the title with a decisive stoppage win over British rival Derek Chisora on Saturday.

Fury, still unbeaten as a professional, dominated from the start, and with Chisora’s eyes starting to close, referee Victor Loughlin stopped the fight shortly before the end of the 10th round at the Tottenham Hotspur Stadium.

Usyk was at ringside on Saturday as he returned to the venue where he deprived Britain’s Anthony Joshua of all those titles in September last year before defeating him again in Jeddah this July.

Soon after Fury’s hand was raised in victory, he was involved in a ringside face-off with Usyk with only the ropes separating him from the Ukrainian.