The gesture sparked controversy on social media, with many accusing the group of being subservient to politicians. 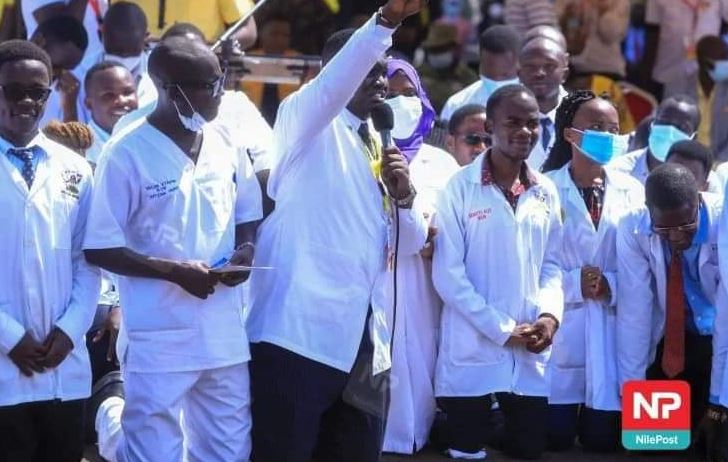 A video of a group of Ugandan doctors kneeling before long-time President Yoweri Museveni, asking him to run for a seventh term in 2026 has sparked mixed reactions.

The doctors representing the Uganda Medical Association (UMA) had attended a patriotism symposium in the capital, Kampala, on Saturday, December 3, 2022, when they were led by their leader to kneel before the president.

He went ahead to ask President Museveni to vie again in 2026 as a presidential candidate, the NTV television station reports.

The gesture sparked controversy on social media, with many accusing the group of being subservient to politicians.

Dr Oledo has also come under heavy criticism since making the remarks, with a section of the UMA members even calling for his resignation.

UMA’s deputy president, Edith Nakku-Jolaba, and the association’s secretary general, Herbert Luswata, say Oledo made the comments in his personal capacity and not on behalf of the association.

“The act of kneeling by Dr Oledo and the team doesn’t represent the Modus Operandi of the Association,” Nakku-Jolaba and Luswata said in a joint statement, adding that UMA “is nonpartisan and therefore, does not participate in political activities of partisan nature." said Nakku-Jolaba. 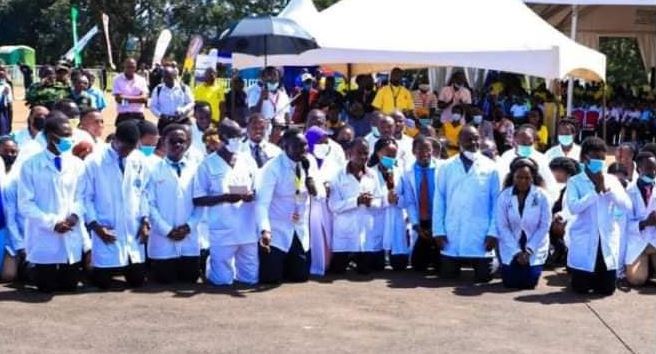