King Charles had an egg hurled at him for the second time which comes exactly a month after the monarch was targeted in a similar stunt in York. 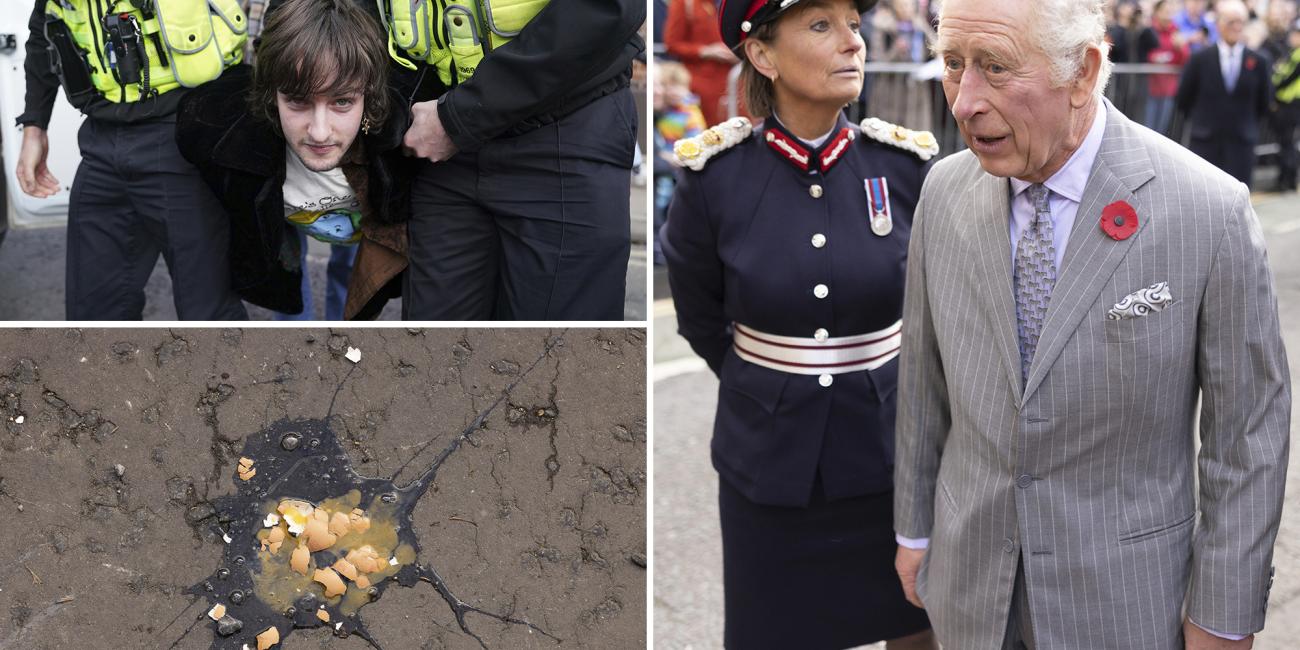 A protesting young man in his 20s has been reportedly arrested in England.

He was nabbed for throwing an egg at King Charles III, during a walkabout by the King in Luton town centre, England.

King Charles had an egg hurled at him for the second time which comes exactly a month after the monarch was targeted in a similar stunt in York.

Daily Mail reports that bodyguards quickly intervened to move the monarch away from the scene of the disturbance on St George's Square.

Bedfordshire Police said an egg is believed to have been thrown in the direction of the monarch while he was meeting members of the public during his day of engagements in Luton.

Charles was temporarily directed away from crows by his security staff following the incident.

The King met with members of The Ghana Society, the Royal British Legion and the Luton Town football academy and the Luton Sikh Soup Kitchen during his visit.

Charles was also pictured trying the Luton Dart carriage at Luton airport to learn about the new cable-drawn mass passenger transit system which will connect Luton Airport Parkway rail station to the airport.

In November, a man was detained by the British police for allegedly throwing eggs at King Charles III and Camilla, the queen consort, as they walked in the northern England city of York.

According to video footage, several eggs were seen in motion and smashed on the ground; none appeared to hit the royal couple.

The incident happened as the monarch and his wife were entering York through Micklegate Bar, a medieval gateway where monarchs are traditionally welcomed to the city.

Britain’s PA news agency reported that the man shouted “this country was built on the blood of slaves” as several police officers could be seen grappling with the man at a crowd barrier as he was being detained.