The woman died while receiving treatment in the hospital after her husband hit her with a blunt object on the head on Sunday night. 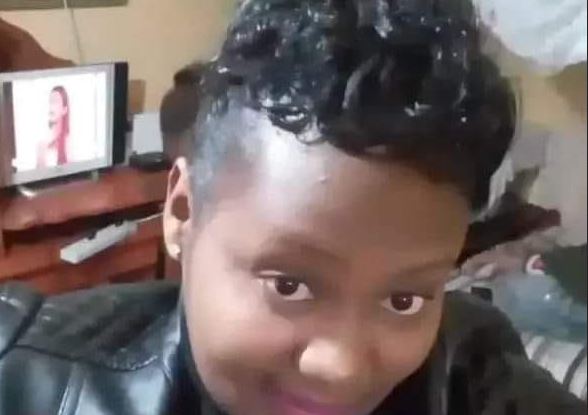 A Kenyan man has been arrested for allegedly killing his 29-year-old wife identified as Florence Kaari for coming home late.

The  woman died while receiving treatment in the hospital after her husband hit her with a blunt object on the head on Sunday night, December 4, 2022 in Githurai 45.

The matter was reported by Ruth Kaimenyi, who was working as a house help for the family, that the man arrived home drunk around 1 am and inquired where the wife was.

“He came home drunk and asked where his wife was. I told him that she had not arrived, and he told me to get out of the house as he threatened me stating that I was supposed to know,” Ms Kaimenyi told the police.

The house help said that 30 minutes after she was kicked out of the house, Ms Kaari arrived while in the company of a friend who she only recognized as Ms Gakii.

It is then that she asked her why she was outside and Ms Kaimenyi (the house help) narrated what had transpired.

Ms Kaari did not take the threats that were issued to the house help seriously and she opted to go and knock at the door.

However, her husband was waiting for her and once he opened the door the duo started fighting.

The two; Ms Kaimenyi (house help) and Ms Gakii (friend to the deceased) tried to stop the duo from going on with the fight, but the man turned violent and started abusing them as well.

Moments later, the commotion calmed down and one of the children who was sleeping in the house, rush to meet the two ladies outside.

The child told them that the mother had been hit on the head and was bleeding.

"Our attempts to stop them were futile. The husband instead started hurling insults at us calling Kaari’s friend a pr#stitute,” the househelp further revealed.

Ms Kaari was rushed to the hospital when the man was overpowered, and she died in the wee hours of Monday morning.

After the news that the lady had died reached the husband who is currently in police custody, the man went ahead and called his in-laws and told them that their kin had taken poison.

Kasarani Police Station police boss, Mr Anthony Mbogo, who confirmed the incident on Tuesday, December 6, said that police officers and detectives attached to the Directorate of Criminal Investigations (DCI) had already visited the scene and processed it.

“They also arrested the suspect who was thEn taken from Githurai 44 police station and is currently held at Kasarani Police station,” said Mbogo.

There’s Nothing In The Streets. When You Find Your Person, Hold On Tight - Reality TV Star, Vee Iye
Popular Stories