Griner was arrested on drug smuggling charges at an airport in the Moscow. 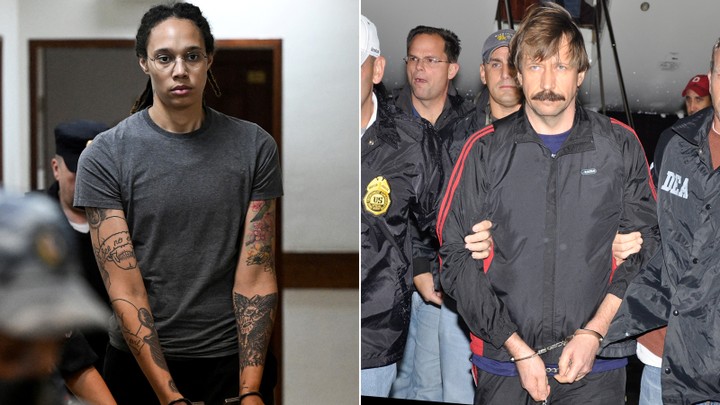 The United States has secured the release of Brittney Griner.
This comes after it swapped a convicted Russian arms dealer whose life story inspired a Hollywood film, Viktor Bout nicknamed Merchant of Death for Griner.
On Thursday, a source told CNN that the US basketball star had been released from Russian detention in a prisoner swap for Viktor Bout, nicknamed the “Merchant of Death” by his accuser.
Bout, a former Soviet military officer, was serving a 25-year prison sentence in the United States on charges of conspiring to kill Americans, acquire and export anti-aircraft missiles, and provide material support to a terrorist organization. Bout has maintained he is innocent. The Kremlin has long called for his release, slamming his sentencing in 2012 as “baseless and biased.”
Griner – who had for years played in the off-season for a Russian women’s basketball team – was arrested on drug smuggling charges at an airport in the Moscow region in February. Despite her testimony that she had inadvertently packed the cannabis oil found in her luggage, she was sentenced to nine years in prison in early August and was moved to a penal colony in Mordovia in mid-November after losing her appeal.
Griner’s family had urged the White House to secure her release, including via prisoner exchange if necessary. At the center of their bid was Bout, a man who eluded international arrest warrants and asset freezes for years.
Viktor Bout has been international arms trafficking enemy number one for many years, arming some of the most violent conflicts around the globe,” said Preet Bharara, the US attorney in Manhattan when Bout was sentenced in New York in 2012.
“He was finally brought to justice in an American court for agreeing to provide a staggering number of military-grade weapons to an avowed terrorist organization committed to killing Americans.”
The trial honed in on Bout’s role in supplying weapons to FARC, a guerrilla group that waged an insurgency in Colombia until 2016. The US said the weapons were intended to kill US citizens.
But Bout’s history in the arms trade extended much further afield. He has been accused of assembling a fleet of cargo planes to traffic military-grade weapons to conflict zones around the world since the 1990s, fueling bloody conflicts from Liberia to Sierra Leone and Afghanistan. Allegations of trafficking activities in Liberia prompted US authorities to freeze his American assets in 2004 and blocked any US transactions.
Top Stories