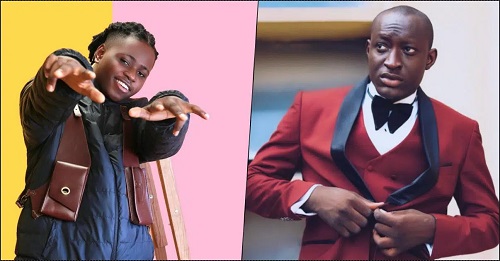 Rising Nigerian singer, Berri Tiga has again called out content creator, Carter Efe.
This time, he called out Efe over failure to pay him royalty on the song, Machala.
According to him, the comedian turned singer gave him N200,000 as 30 percent royalty from the earnings generated by the hit track.
Speaking during an Instagram live session, Berri slammed Carter Efe for giving him a very laughable amount.
He stated that he was cheated over as he's not getting his fair share from the song which rose up to the number one spot on streaming platforms.
Berri Tiga mocked the skit-maker by saying that music business does not operate the same way as the online comedy industry
The ‘God’ singer used reference from the internet and wondered if the money Carter Efe sent to him is meant for ‘garri or eba’.
Watch video below: