The victim’s son, Abiodun, who spoke to our correspondent on Monday, said the incident happened on December 1, 2022. 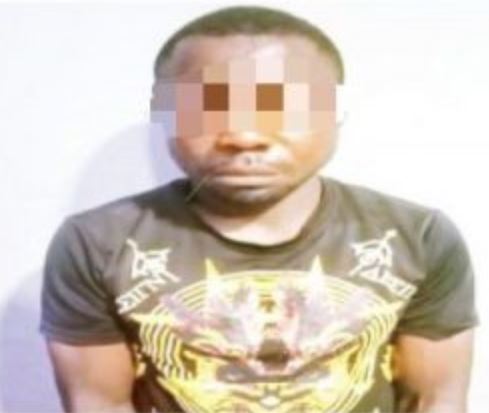 The man's family has been thrown into mourning after he was stabbed to death by a scrap collector, Wasiu Adeyi, on Babalola Street, Off Freedom Way, Ikate, in the Lekki area of Lagos State.

PUNCH Metro gathered that Abayomi was in a heated argument with Adeyi when the latter brought out a knife and stabbed him to death.

The victim’s son, Abiodun, who spoke to our correspondent on Monday, said the incident happened on December 1, 2022.

He said, “That day, a man came to my workplace and asked to see me. He said he had been looking for me over something that happened to my father. I was skeptical about what he said and did not want to go with him, but a senior colleague promised to accompany me.

“To my shock, I got to the place where the incident happened and saw my father lying on the floor with blood everywhere. I inquired what happened and I was told that my father was in an argument with Adeyi when all of sudden Adeyi brought out a knife and stabbed my father in the buttocks. When this happened, everyone fled.

“Some security men had arrived earlier and taken Adeyi to a police station while police officers later came to take the body.”

Abiodun said the matter was reported at the Ilasan Police Station in Lekki, adding that the case had been transferred to the State Criminal Investigative Department, Yaba.

While lamenting the death of his father, Abiodun demanded justice.

“His body has been released to us and we have buried him. I want justice for my father; I want the family of the man that killed my father to pay for this loss,” he added.

The chief security officer of the area, Elegushi Ismaila, said he ensured that Adeyi was arrested.

He said, “Someone told me that some people were fighting and one of them was killed. When I got there, I saw a dead man on the floor. The only help I could render at that time was to tell my guards to arrest the man that stabbed the person and take him to the station. I don’t know what transpired between them.”