They had gathered at the two main gates of the 120-year-old Hope Waddel Training Institute and that of the governor’s office. 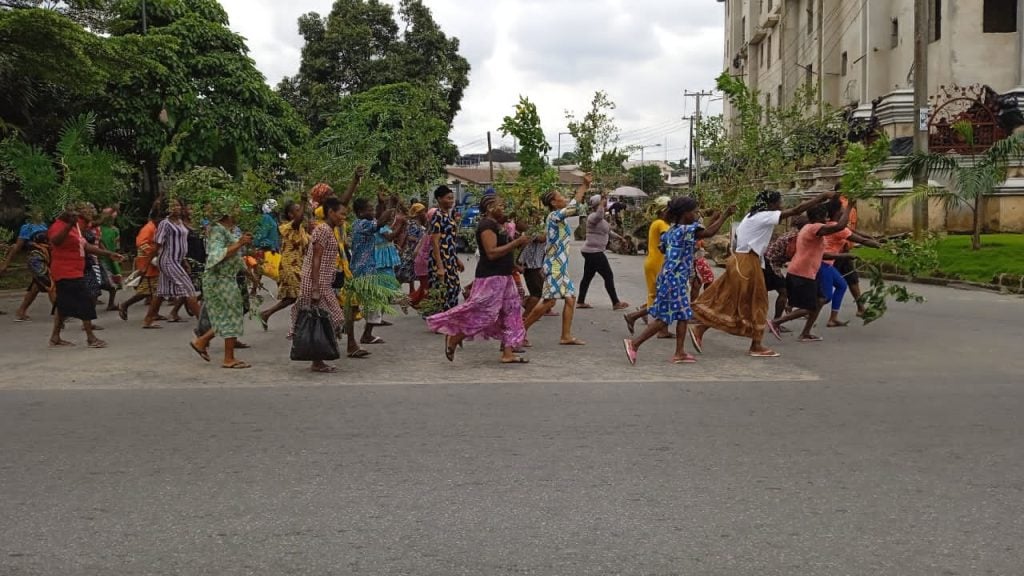 As many as 50 old women and grandmothers who work as sweepers have been chased way from the governor's office.

The women who labour every morning to sweep the streets of Calabar were driven away from the gate of Governor Ben Ayade’s office on Tuesday afternoon.

They had gathered at the two main gates of the 120-year-old Hope Waddel Training Institute and that of the governor’s office.

The street sweepers were at the Governor’s Office to lament that they had not been paid the monthly stipend of N5, 000 for six months.

One of the grandmothers who pleaded not to be named so that her supervisors would not punish her said they were from Calabar South LGA of the state.

“We came here to inform the governor that for six months now we have not been paid our monthly stipend. Our counterparts in Calabar Municipality Council have all been paid. When we demanded yesterday to know why we are not included in the payment, the officials intimidated us and drove us away; in the process, one of us was hit by a car,” she stated.

Continuing, she said further: “Today, since we heard that the governor was in the office, we came to stand at the gate, at least, so that when he would be going home, he would see us at the gate, and perhaps ask questions. [But]somebody came and ordered us to leave the place before the security men would use a whip on us.”

Another elderly woman lamented that they would not have money to buy food for her children to celebrate the upcoming Christmas.

“They are owing us, but they all have bought food and Christmas clothes for their children and ward leaving us to continue with hunger and borrowing,” she said.

No official of the state government was willing to speak as they all were busy in a meeting with the governor.

Last year, some of the street sweepers were beaten by agents of government when they protested the non-payment of their salaries for several months.