They have insisted that the ever-increasing numbers pose serious risks to lives and properties. 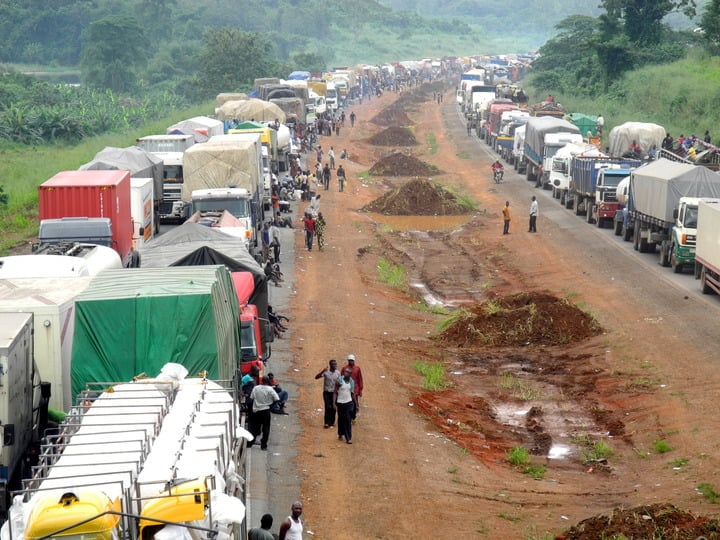 Calabar motorists as well as residents and members of the public cried out for help.

They have raised the alarm over the increasing numbers of petroleum tankers that line both sides of the Murtala Mohammed highway in Calabar on daily basis, waiting for their turn to either load products from the depots or move away.

They have insisted that the ever-increasing numbers pose serious risks to lives and properties.

Citizens in interviews by DAILY POST as well as phone-in callers on Sparkling FM radio monitored in Calabar on Wednesday have called for swift action by the state government to order the long trucks away from the highway.

They said the risks of fire outbreak and possible vehicular collision are more pronounced as the narrow spaces left on both sides of the road can no longer accommodate moving vehicles.

One of the callers, Ben Ikpi, a car owner and businessman, said: “Calabar has only one major road that takes you in and out of the city. It is very dangerous, and in fact, unacceptable for the entire stretch of the road to be taken over and blocked by petroleum tankers. They have caused so much vehicular traffic because motorists no longer have free passage on the highway.”

Respondents alleged that the tanker owners may perhaps be paying rates to the state government for such impunity on the highway instead of parking in their tank farms near the depots and elsewhere.

“I know that most of the oil trucks before they ply state government roads, they pay rates; officials are collecting money from the drivers that’s why they have impunity to block the only major road in town,” said Phil Etim whose office is located along the highway.

When contacted, Commissioner for Environment, Mfon Bassey, said he would react later.

About two months ago, Dr Alfred Mboto, Permanent Secretary of Security Services in the Governor’s Office had issued an order for the tankers to relocate, but to no avail.

An official of the Petrol Tankers Drivers Association (PTDA) who gave his name as Abdullahi Idris insisted that members of the association neither obstruct the traffic nor pose dangers to the public.