DSP Sunday Abutu confirmed that during interrogation, the suspects confessed to the commission of the crime. 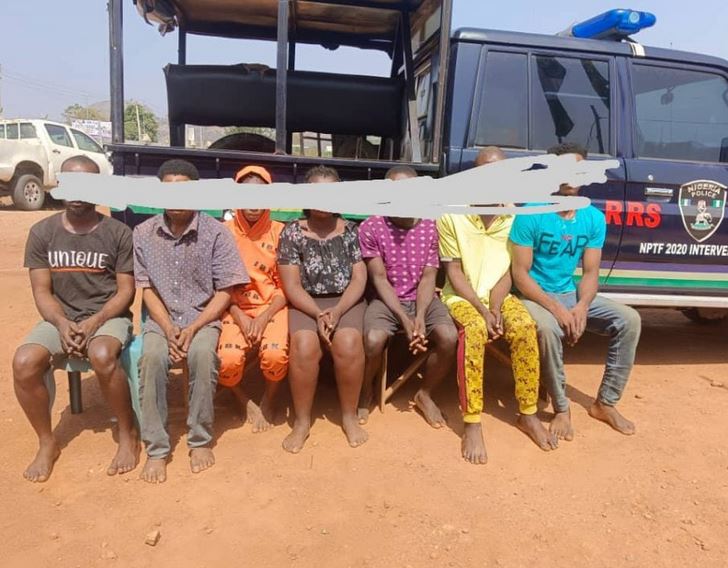 Seven suspected burglars have been arrested by men of the Ekiti State Police Command after breaking into a warehouse in Ado Ekiti.

A statement by the spokesman for the command, DSP Sunday Abutu said, “The Command received a credible information that a warehouse at Km 4, Iworoko road, Ado-Ekiti was being burgled by unknown thieves

DSP Sunday Abutu confirmed that during interrogation, the suspects confessed to the commission of the crime and mentioned one Akinleye Ojo as one of the gang members who narrowly escaped from being arrested by the operatives.

While effort is ongoing to ensure the arrest of the fleeing suspect, the Ekiti State Commissioner of Police, CP Moronkeji O. Adesina, maintained that the arrested suspect would be arraigned accordingly and implored citizens to remain law-abiding.