Johnson, whose Dallas Dragons Elite Academy (DEA) team won the championship game, can be seen holding the trophy that read: "12U Division 1 Most Valuable Player." 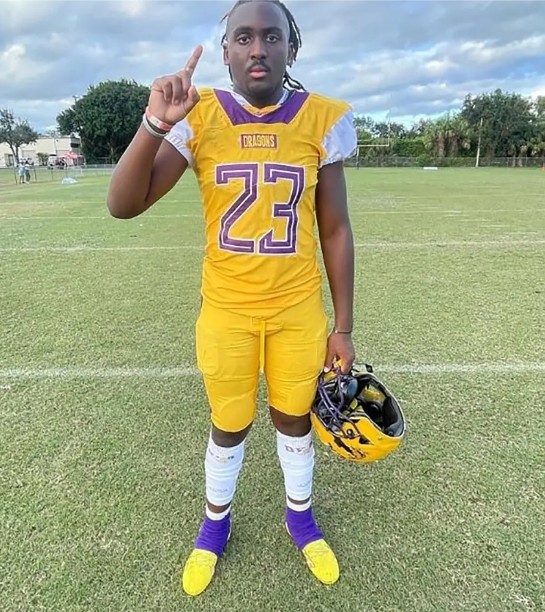 Social media users have been left shocked by the physical features of a 12-year-old running back from Fort Worth, Texas, Jeremiah Johnson.
Netizens are arguing over his age because of his size and maturity.
The athlete became a viral sensation after a photo of him with facial hair and a tattoo surfaced on social media following the 2022 Youth National Championships over the weekend in Miami, where he was crowned MVP.
Johnson, whose Dallas Dragons Elite Academy (DEA) team won the championship game, can be seen holding the trophy that read: "12U Division 1 Most Valuable Player."
Many asked how Johnson can be allowed to play with the Under 12 division when he is clearly older.
In a separate video, Johnson can be heard claiming that he is indeed 12-years-old.
Generation NEXXT, a national youth sports school and network in Fort Lauderdale, Florida, shared photos of Johnson on Facebook and Instagram, identifying him as a 12-under football player.
Despite the clarification, many internet users have refused to accept that he is a pre-teen, including one NFL pro.
Shana Evans, believed to be Johnson's mother, revealed on Facebook that her son is 12.
Evans wrote: "Before I lay down I just want y’all to know…. my baby going viral. These folks is going in… SO…. Yes he’s on 12U (he meets ALL of the requirements. No the tattoo isn’t real (duh). Yes the goatee is tho." 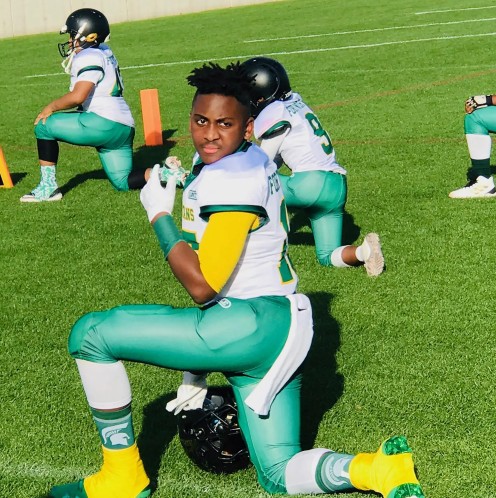 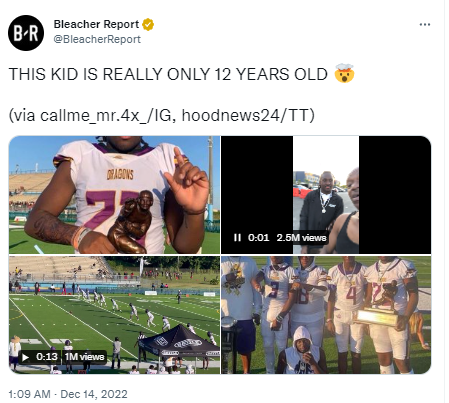