The association said the decision was taken over the security situation in the region and in Akwa Ibom state in the South-South region. 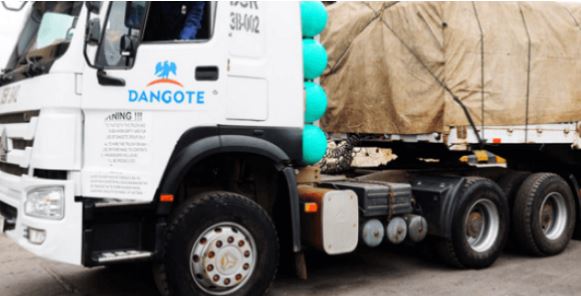 According to SaharaReporters, the Association of Drivers of Dangote Cement Transport, Obajana in Kogi State has issued a new directive to its drivers.

The association directed all its members to boycott the transportation of cement to the South-East region of Nigeria.

The association said the decision was taken over the security situation in the region and in Akwa Ibom state in the South-South region.

A memo dated December 11, 2022, and sent by the drivers’ association to the company, said, “We kindly write this short notice to the company that we are returning some waybills of the southeast state Nigeria that we driver (sic) are not going to some part (sic) of southeast Nigeria due to ongoing situation of the site Nigeria those part (sic) of southeast they are as follows: 1. Enugu, 2. Anambra, 3. Abia, 4. Imo, 5. Ebonyi, 6. Akwa Ibom.”

Criminals enforcing sit-at-home orders in the South-East have in the past burnt trucks belonging to Dangote Cement and reportedly killed some of the company’s drivers.

This comes a few days after the leadership of some Northern groups involved in commercial activities between the North and South-East zone directed commodity traders and truck drivers to shun the zone over the incessant killing of their members by gunmen suspected to be members of the proscribed Indigenous People of Biafra (IPOB).

Coordinator of the Northern Consensus Forum, Dr Auwal Abdullahi Aliyu said they declared a warning strike due to the constant killing of the northerners in the South East, adding that not less than 100 northerners were murdered in the zone within a week.

Aliyu claimed that the strike had started to have a good effect and that security agencies, northern state governors, and residents in the impacted zone had all been informed.

“We have blocked the roads linking the North to the East ranging from Benue, Nasarawa, Kwara and Plateau states among others, and the truck drivers are cooperating with us,” he had said.

It was also reported that some supporters of the All Progressives Congress (APC) were also killed by gunmen for defying a kangaroo sit-at-home order in Anambra recently.