Photo Of Suspected Kidnapper Who Was Apprehended In Ogun


One of the fleeing suspects, Usman Aliyu, was on the 14th of December 2022 arrested by operatives of the Command. 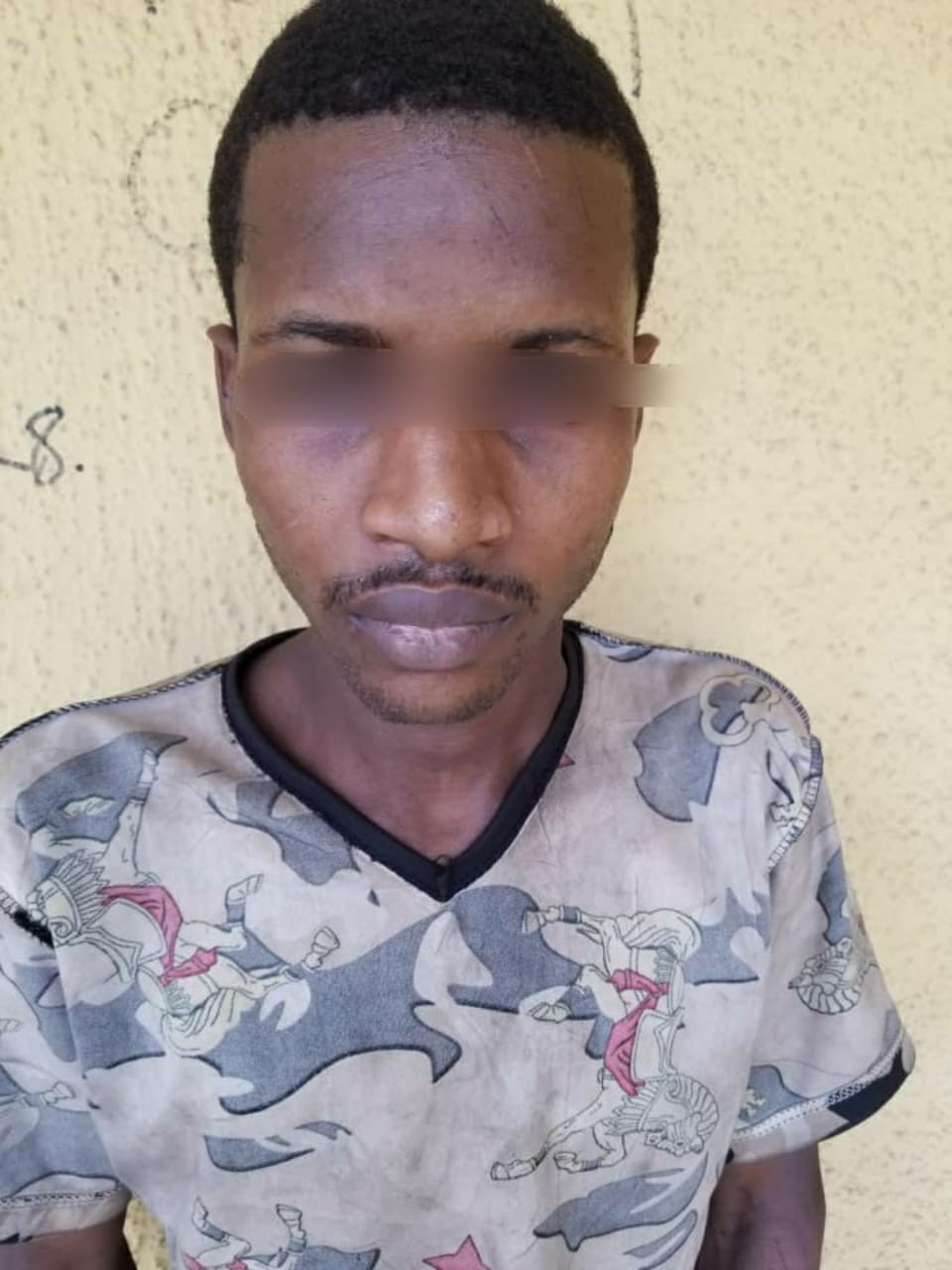 A suspected kidnapper terrorizing residents in Ogun State has been arrested by the Ogun state Police Command.

This is coming following the recent arrest of 2 members of a deadly kidnap gang at Onigbedu forest in Ewekoro local government area of Ogun state, and aggressive bush combing exercise embarked upon by men of Ogun state Police Command in search of the escaped members of the gang.

One of the fleeing suspects, Usman Aliyu, was on the 14th of December 2022 arrested by operatives of the Command.

A statement released by SP Abimbola Oyeyemi, the spokesperson of the state police command, says the suspect was arrested following an information received by policemen at Ewekoro divisional headquarters that the suspect was sighted taking a commercial motorcycle at Onigbedu area moving towards Papalanto en route Lagos.

''Upon the information, the DPO Ewekoro division, CSP Sunday Opebiyi, quickly mobilized his men on stop and search along that road and the suspect was subsequently identified and promptly arrested.

On interrogation, he confessed been a member of the kidnap gang, whose two members were earlier arrested and a victim rescued from them.

He informed the police that they were six in number, and that when two amongst them were apprehended, the other members ran into different directions in the forest. But since policemen are not relenting in searching for them in the bush, he decided to come out and take a commercial motorcycle out of that vicinity.

He confessed further that it was their gang that was responsible for the kidnap of one Owolabi Abiodun and one Fakorede Kazeem at Kipe village, Idi ori Abeokuta on the 7th of October 2022, but Fakorede Kazeem was killed by the gang because he was unable to walk fast while they were being taking away in the bush.

The gang according to him also kidnapped the duo of Adekunle Esther 10 years old and Adekunle Adebayo 15 years old at Olomowewe Street, rounder, Abeokuta on the 10th of October 2022.

He confessed further that, on the 19th of October 2022,the gang kidnapped one Mrs Famurewa at Abule Ijaye Soyooye Abeokuta at the entrance of their house after killing her 65 years old husband, one Festus Famurewa and later released the wife after collecting ransome.

Also, on the 16th of November 2022, the duo of Olatunji Azeez and Osoba Moroof were kidnapped by the same gang at Olujobi town Itori but were later set free after collecting ransome.

All the victims including the two  kids have come forward to to identify the suspects as those who abducted them.'' the statement read in part

Oyeyemi mentioned that the state Commissioner of Police, CP Lanre Bankole, praised members of the public for supporting the police by giving them necessary information and has given assurance that other members of the gang will be fished out wherever they might be, as the Command will make the state uncondusive for them to operate.